A popular South Korean TV drama has come under fire for allegedly triggering a copycat crime after a doctor was stabbed to death by a patient in Seoul this week, underscoring the vulnerability of the country’s medical personnel.

The victim, a 47-year-old psychiatrist, died in hospital from multiple chest wounds two hours being assaulted.

His attacker, a 30-year-old male patient, had chased him through the hospital while the doctor desperately warned others to flee. When the doctor stumbled, the knifeman stabbed him several times before being arrested at the scene.

Many viewers noticed similarities between the murder and a storyline on the television show SKY Castle. In the scene, one of the lead characters – a doctor – is chased by a knife-wielding patient angered by the poor results of an operation. The scene ends with hospital authorities apologising to the patient.

SKY Castle tells the stories of rich South Koreans who spend exorbitant amounts sending their children to Seoul’s top universities. The “SKY” of the title refers to these institutions – Seoul National, Korea and Yonsei – and also denotes their exclusivity. The show is wildly popular, with its audience share soaring from 1.7 per cent to more than 11 per cent since its premiere in November. The scene in question was aired three weeks before the real-life murder.

The Korean Medical Association (KMA), which represents some 13,000 physicians in the country, on Tuesday issued a statement denouncing the drama for “caricaturing” violence against medical doctors.

South Korea bans plastic bags but will it solve the waste crisis?

“Even though there is no clear link between the murder and the drama, the TV scene may send [the] wrong signal to the public that patients can use verbal and physical violence against medical personnel if they are dissatisfied with treatment,” said KMA spokesman Park Jong-hyuk.

Internet users bombarded the website of JTBC TV, which airs the show, with posts angrily calling for a public apology and for the drama to be taken off the air.

“SKY Castle instigated murder,” one poster wrote. “The author and the programme producer are accomplices of this murder,” another viewer wrote.

The incident coincided with efforts by KMA and government authorities to curb violence against medical personnel by patients or their relatives complaining about treatment or other perceived inconveniences.

South Korea’s parliament last week passed a law increasing jail terms and fines for violence against medical personnel in response to a series of assaults. Offenders could now face up to 10 years in prison or fines of 100 million won (US$90,000) if they cause an injury.

In one of the most widely reported recent cases, a doctor in the accident and emergency department had his nose broken and suffered a concussion after being assaulted by a patient in the southern city of Iksan. Surveillance camera footage showed the attacker punching the doctor in the face and pulling him down from his chair to the floor.

Other instances include a hammer-wielding patient attacking a doctor in the eastern city of Gangneung, a drunk patient hitting an A&E doctor with a metal tray, and a patient setting fire to a hospital, injuring a doctor and a nurse. 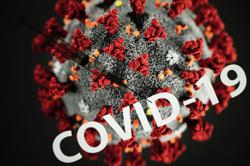