A high-school dropout who taught himself while working to pay off family debts has made national headlines after graduating with a doctorate and landing a teaching job at a university in southern China.

Li Mingyong attributed his success to not being afraid to lose, and a determination to hit his target, Beijing Youth Daily reported.

The 41-year-old, born in a remote village in Meitan county, Guizhou province, had to quit school at age 16 – despite always being in the top three of his class – after family members fell ill and had to borrow money.

“I first worked as a construction worker, then I went back home to raise ducks and planted tobacco. I worked almost five years to pay off the family debts,” Li told the newspaper.

In 1999, Li worked as a security guard at Guizhou Education University and, influenced by the campus atmosphere, decided to resume his studies. 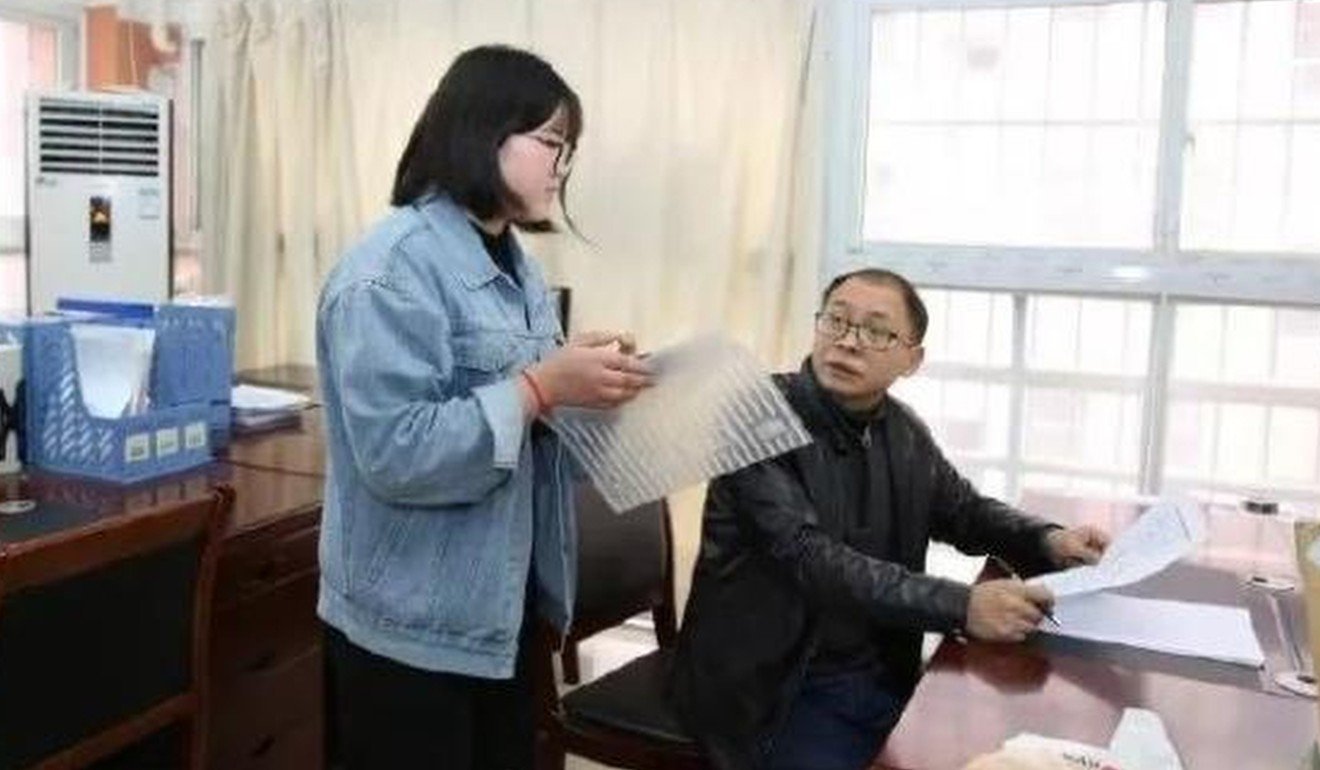 For about two years, he found time to study during school hours and continued after 11.30pm, when he was officially off duty. He was admitted to an associate degree course, which did not require full-time study, at the university’s Chinese department, taking the Higher Education Examinations for Self-taught Adults.

He was admitted to a bachelor’s degree course two years later.

But the self-taught degree course was not much help finding a good job. “I wanted to be a teacher, but the degree was not high enough,” Li said. So he set another target – to get a master’s degree.

I don’t think I am a legend for inspirations. Everyone can set a target and keep working for it. Someone might fail and give up, but persistence will get you nearer to the target, even if you don’t reach it in the end
Li Mingyong

“It is more difficult to be admitted to a master’s programme than passing the exam for self-taught adults,” said Li. “My knowledge of English was almost zero. I memorised a dictionary of about 8,000 words and read some original English books to expand my vocabulary.”

Li failed the entry exam twice. “My temperature was about 40 degrees Celsius and I had double vision of the lines I read. My friends asked me not to take the exam again, but I wanted to give it a third try,” he said.

His hard work finally paid off. In 2007, Li was admitted to a master’s programme of aesthetics at Guizhou University, working part time as a tutor to support himself.

He went to Guizhou Education University to work as a tutor in the English department after graduation so that he could help with the family.

Li said he went to study in the library at 7am, exercised for an hour in the afternoon, and studied until after midnight, a habit he kept throughout his postgraduate days.

“As a student I know how difficult it has been for teacher Li,” said Luo Yuehong, a student who Li tutored. “He worked full time and gave students all the support while preparing for his exam to be a doctorate candidate and taking care of his father.”

Li was admitted to a doctorate programme at Central China Normal University in 2015 – again, after two failed tries – and graduated this summer. He chose to go back to Guizhou Education University, where his destiny was changed, to teach in the school of culture and media.

Asked what he valued most in his years of striving for excellence, Li said confidence, discipline and persistence.

“I don’t think I am a legend for inspirations. Everyone can set a target and keep working for it. Someone might fail and give up, but persistence will get you nearer to the target, even if you don’t reach it in the end,” he said.