By Pearl Liu and Sandy Li 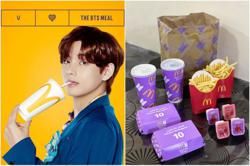 Shares of Country Garden Holdings, the developer of the biggest private residential township in southern Malaysia, see-sawed in Monday trading amid confusion over comments by the country’s prime minister about letting foreigners buy property in the Forest City project.

The project, located on four artificial islands near Singapore, is being built by the Foshan-based Chinese developer, and has been sold predominantly to Chinese investors who have been enticed to the project by long-stay, non-permanent visas that buyers can apply for.

“One thing is certain, that the city that is going to be built cannot be sold to foreigners,” Malaysian premier Mahathir Mohamad said during a media conference in Kuala Lumpur, according to a report by Reuters. “We are not going to give visas for people to come and live here.”

The stock, which had risen by as much as 3.9 per cent earlier on Monday, returned almost all of its gains for the day on the Hong Kong exchange after Mahathir’s comments were published. The Malaysian premier’s office in Putrajaya, outside Kuala Lumpur, did not immediately respond to requests for clarification.

The confusion may have been caused by a 10-year multiple-entry visa that Malaysia’s government grants under its “My Second Home” programme, aimed at enticing pensioners and investors to take up temporary residency in the country with every purchase of high-end property.

As many as 1,439 Chinese citizens received such visas in the first eight months of 2017, top among all recipients under the programme, and five times more than South Korea in second place, according to data by the Malaysian tourism ministry, which hosts the programme.

To be sure, Mahathir himself appeared to have endorsed both the long-stay visa and the Forest City project during his August 16 visit to China, according to Country Garden.

The prime minister and Country Garden’s founder Yeung Kwok Keung “had a 40-minute closed door meeting”, during which Mahathir “reiterated that he welcomes foreign investments which could create employment opportunities, promote technology transfer and innovation that could benefit Malaysia’s economic growth and job creation”, said the company’s director of strategy, Ng Zhu Hann.

The premier’s comment “may have been taken out of context”, Country Garden said in a statement issued after the Reuters report, adding that it was seeking clarification with the Malaysian Prime Minister’s Office.

Mahathir: nothing to fear from China, but lopsided deals must end

That is small comfort for Patricia Li of Yunnan province who, like tens of thousands of other middle-class Chinese property buyers, have flocked to buy in Forest City in the hope of eventually being able to settle in Malaysia. Li bought a 48 square metre (516 sq ft) unfinished flat in Forest City last year, and moved to Johor with her son early this year.

“We all know the project has been popular among Chinese investors, all because it would make our dream of having a second home abroad come true via buying an apartment here,” Li said. “We think the new government is unfriendly to us Chinese buyers. Even those China-backed infrastructure projects have been cancelled, let alone our private investments.”

Country Garden has two real estate projects in Malaysia: the Forest City project in Johor state near Singapore, and the Diamond City project in Selangor state near Kuala Lumpur. The company has sold close to 10,000 property units for a total sales value of 25 billion yuan (US$3.66 billion), or for an average cost of between 15,000 yuan and 20,000 yuan per square metre, according to an estimate by Raymond Cheng, head of Hong Kong and China research at CGS-CIMB Securities. That is more than double the square footage price in other comparable projects, even including those in the capital city.

“Nearly 90 per cent of the buyers are mainlanders who bought because the property comes with residency rights in Malaysia,” Cheng said. “Local residents can barely afford buying there. If it shifts to Malaysians, the price may need to be cut” to a fraction of the prevailing quotation, he said.

Forest City will eventually house 700,000 residents over an area four times the size of New York’s Central Park, measuring 14 sq km when fully completed. The project is forecast to generate 6 billion yuan in sales for Country Garden this year, less than 3 per cent of the company’s 2017 revenue and less than 1 per cent of its projected turnover this year, according to CGS-CIMB Securities’ Cheng.

“No doubt that is extremely bad news for the company,” said Mizuho Securities Asia analyst Alan Jin. “It is not a total surprise as there has been criticism from the Malaysian government of the project since the new prime minister took power.”

With additional reporting by He Huifeng in Guangzhou