Philippine President Rodrigo Duterte has lashed out at his critics in the past, often using less-than-parliamentary language.

Manila (AFP) - President Rodrigo Duterte on Sunday told a United Nations rights expert to "go to hell" over criticism of the Philippine leader for threatening the country's top judge.

Duterte's latest profanity-laced diatribe came after Diego Garcia-Sayan, the UN special rapporteur on the independence of judges and lawyers, said the president's statements against former chief justice Maria Lourdes Sereno were a "vicious attack" on the judiciary.

Sereno's colleagues voted to remove her from office last month, shortly after Duterte openly called her his "enemy" and demanded her swift ouster.

"Tell him (Garcia-Sayan) not to interfere with the affairs of my country. He can go to hell," Duterte told reporters in Manila, insisting he had nothing to do with Sereno's dismissal.

"He is not a special person and I do not recognise his rapporteur title."

Duterte, 73, has lashed out in the past -- often using less-than-parliamentary language -- at critics of the deadly drug war he launched soon after coming to power in 2016.

Several of his opponents have since been ousted, punished or threatened.

Police say they have killed 4,279 drug suspects in the anti-narcotics campaign but rights groups believe the actual number is three times higher.

Sereno was one of the few remaining high-profile critics of the crackdown at the time of her ouster.

The UN's Garcia-Sayan said Friday that Duterte's public threats against Sereno appeared to have had a "chilling effect" on her colleagues in the judiciary.

"The use of such derogatory language... sends a clear message to all judges of the Philippines: in the so-called 'war on drugs', you're either with me or against me," Garcia-Sayan said. 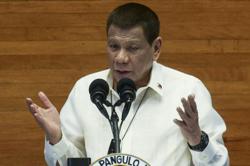 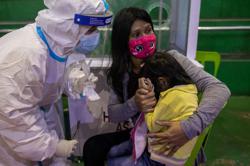 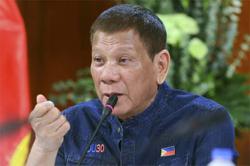