Hong Kong fashion brand Giordano has been forced to remove what has been described as a “sexist” advertising campaign for a new clothing line after mounting public outcry on social media.

The “Team Family Series” advert shows a family posing together with the wife wearing a T-shirt emblazoned with the word “Cook”, while the man’s shirt reads “Work”.

The advert posted on social media last week has drawn fire online from dozens of outraged users, with some threatening to boycott the store because of the “sexist” image.

“This ad is an absolute disgrace Giordano,” one user wrote. “Unforgivable for a modern brand to stereotype men and women in such an awful way. Shame on you and get a grip – it’s 2018, not the 1950s.”

Another user wrote: “I just had to unshackle myself from the kitchen and break from my ‘cooking’ duties to let you know that the 1950s called, they want their attitudes back. How on earth do you call this ‘family time’? Absolutely disgraceful. Shame on you! #notmyfamily.” 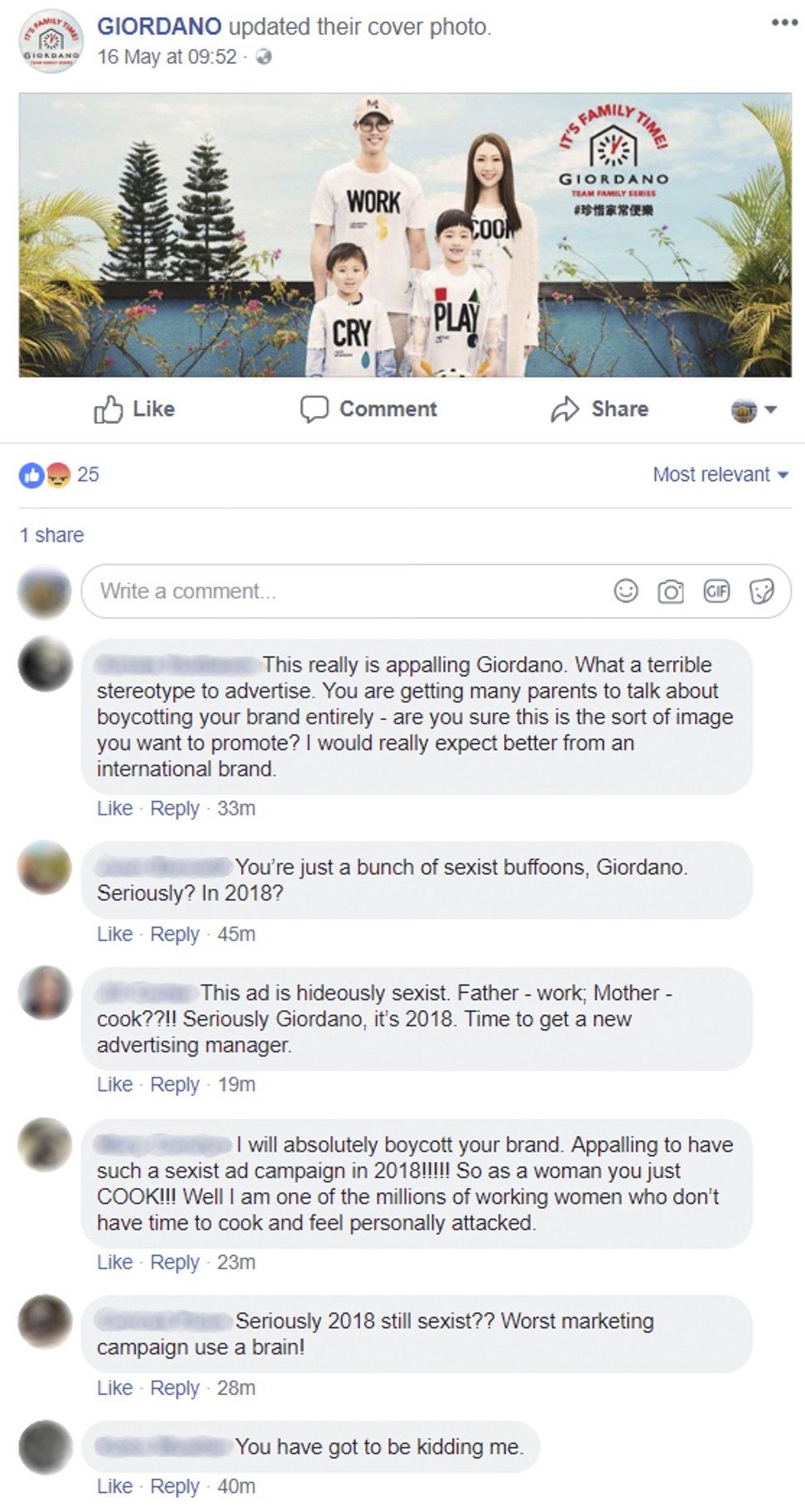 In response, Giordano issued a statement on social media yesterday saying that the advertising materials would be removed “where physically possible”.

“Stereotyping and sexism, or any kind of prejudice, however unintentional or passive, has no place at Giordano or in society. At Giordano, we celebrate a diverse range of definitions for family and did not intend to enforce traditional, gendered stereotypes.”

The removal of the ads is an unusual move for a company in Hong Kong, a city where there are no laws against sexist or gender-specific advertising and so gender stereotyping in advertising runs rife.

Sexist adverts that perpetuate gender stereotypes come in many forms: from immaculately dressed woman in heels and lipstick taking food from an oven, to sports brands showing action men in strong and fit poses. Lisa Moore, senior research and advocacy manager at Hong Kong-based non-profit The Women’s Foundation, says the city is overloaded with examples of such advertising.

“Whether on billboards, buses, in print or on television, gender stereotyping in advertising is still quite prevalent in Hong Kong,” Moore told the Post in September. “From financial loan commercials to ads for household products, women are often depicted in domestic roles.” 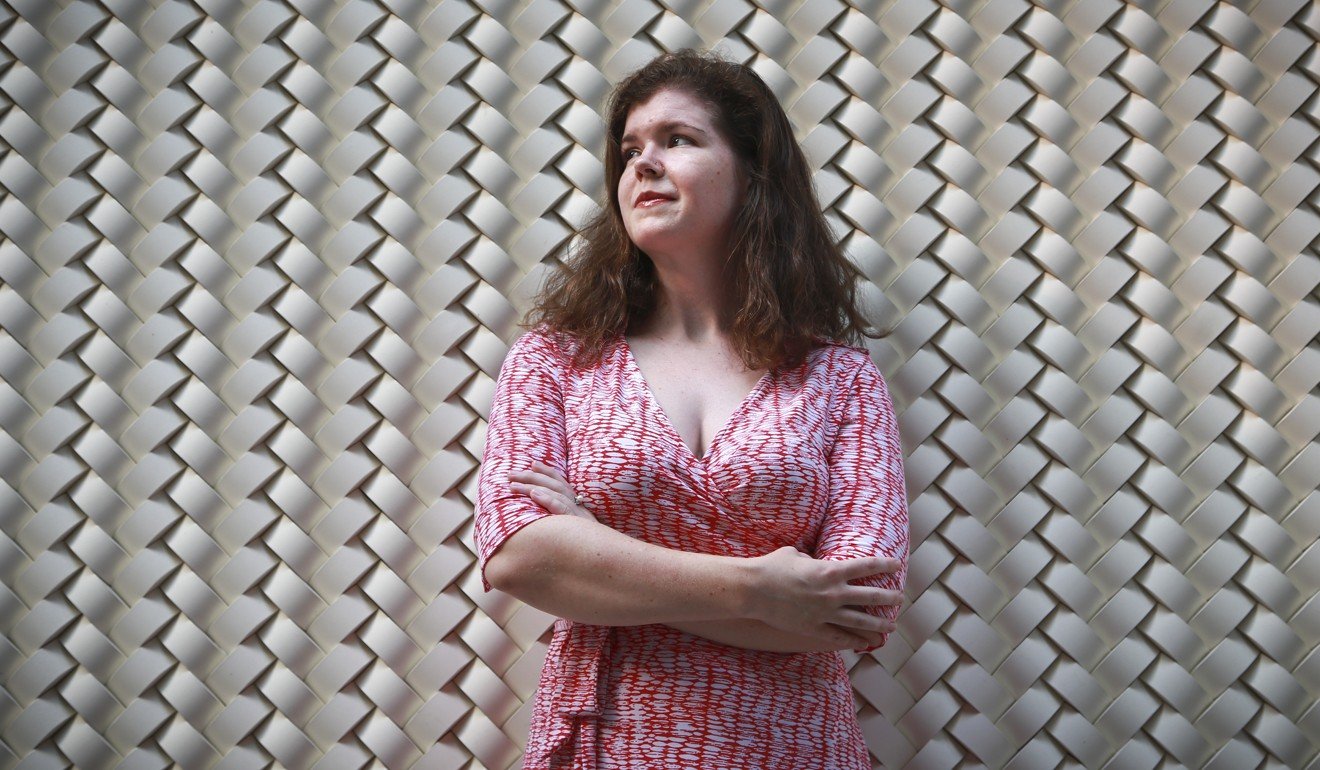 Moore adds that adverts in Hong Kong also promote unrealistic ideas of female beauty. “Thirty per cent of the pages in our entertainment magazines are slimming ads directed at women, underscoring the pressure on them to conform to often unrealistic ideals,” she says, referring to a recent study carried out by the foundation.

The late Canadian-American sociologist Erving Goffman found in the late 1970s that men in adverts were mostly portrayed as alert and conscious of their surroundings, standing strong and upright, serious and physically active. This was in contrast to women, who often appeared seductive and vulnerable, touching themselves or caressing an object, often lying on the floor or sitting on a bed or chair, their eyes closed, a slightly confused look on their faces.

So, have we made progress? Not according to the 2009 documentary The Codes of Gender by media scholar Sut Jhally, who drew parallels with Goffman’s work and the advertising landscape of the time.

Regarding the situation today, Moore says while some parts of the world’s advertising and media industry are tackling stereotypes in a bid to change public perception, Hong Kong lags behind.

“More than other developed economies, the representation of gender-specific professions like secretaries and nurses being depicted by women is still quite prevalent in Hong Kong, with men primarily featured in roles of authority, and male voices more commonly used for commentaries and voice overs.”

We know that the more media a girl consumes, the fewer options she believes she has in life. And we’re seeing this in the ambition gender gap in Hong Kong
Lisa Moore

Countries such as France, Norway and Denmark – just some of those taking steps to stop the practice – have laws banning media from broadcasting sexist and demeaning images of women. Last July, Britain joined the club when its watchdog, the Advertising Standards Authority, cracked down on sexist adverts in a bid to stop harmful gender stereotypes.

The authority’s report, titled “Depictions, Perceptions and Harm: A Report on Gender Stereotypes in Advertising”, found that parents were concerned with the impact of stereotypical gender portrayals on their young children. It concluded that “women more than men, and teen girls in particular, expressed concern at the potential future impact of advertising in terms of perpetuating stereotypical messages over time and of potentially promoting unacceptable behaviour which could negatively influence how they were perceived by others”. 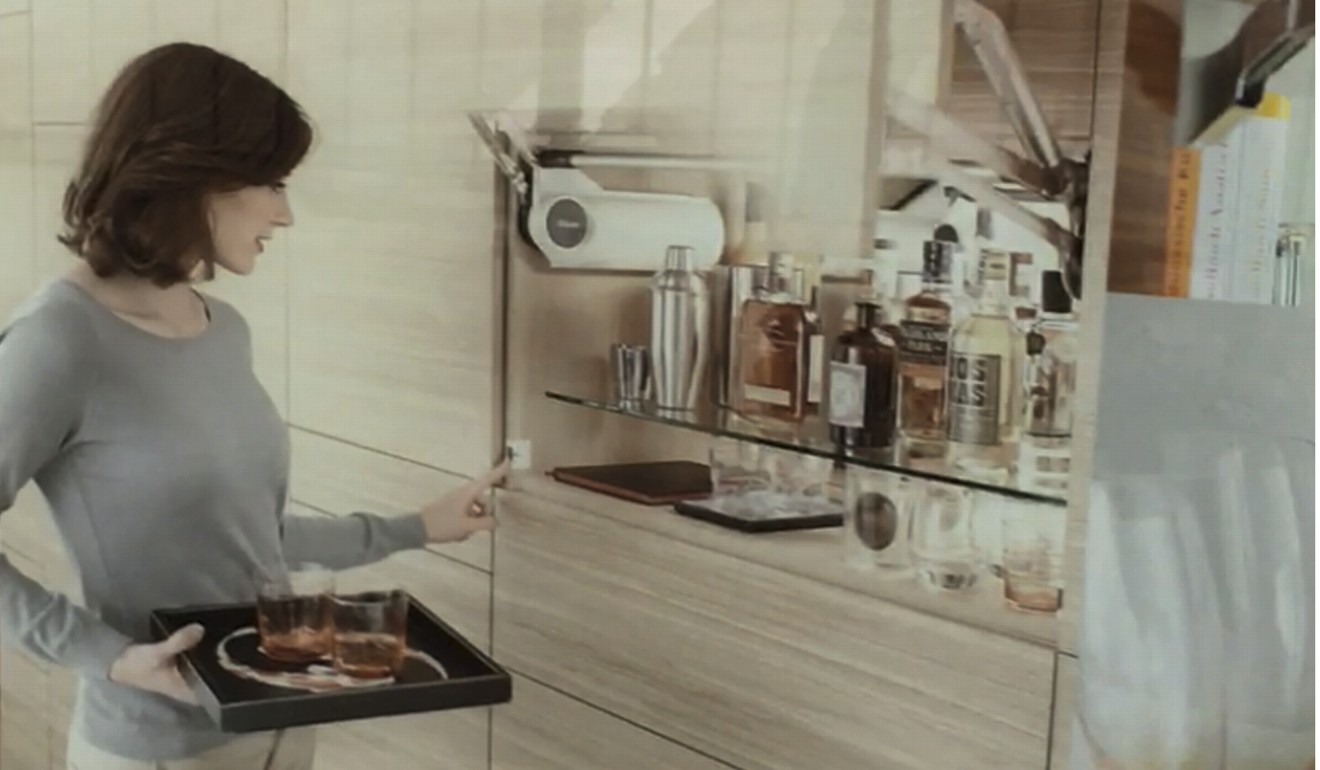 In Hong Kong, the Association of Accredited Advertising Agencies of Hong Kong (HK4As), which comprises 28 members, is responsible for setting and maintaining business ethics in the advertising industry and enforcing an advertising standards code.

Greg Carton, head of marketing and communications at Ogilvy & Mather Asia Pacific, says the firm regulates itself as well as abides by HK4As guidelines.

“We will not knowingly create work that contains statements, suggestions or images offensive to general public decency and will give appropriate consideration to the impact of our work on minority segments, whether that minority be race, religion, national origin, colour, sex, sexual orientation, gender identity or expression, age or disability,” says Hong Kong-based Carton.

“It’s broader than just a focus on gender stereotypes … we have a formal creative approval process which needs client approval.”

To get a better picture of how prevalent gender advertising is in the city, we embarked on our own social experiment. Leaving the Post’s office in Causeway Bay, we walked a route along Leighton Road to Times Square, including the MTR station, and back to the office to see how many examples of such advertising we could find.

It didn’t take long to spot one (20 seconds, in fact): a furniture shop with a huge kitchen appliance advert on its front window showing a woman in the kitchen. Further along the street, ads for a well-known sports brand showed men working out.

Not surprisingly, most of the ads along the route that featured women were promoting beauty and fashion brands. Some in the MTR station showed skinny models promoting weight-loss programmes. 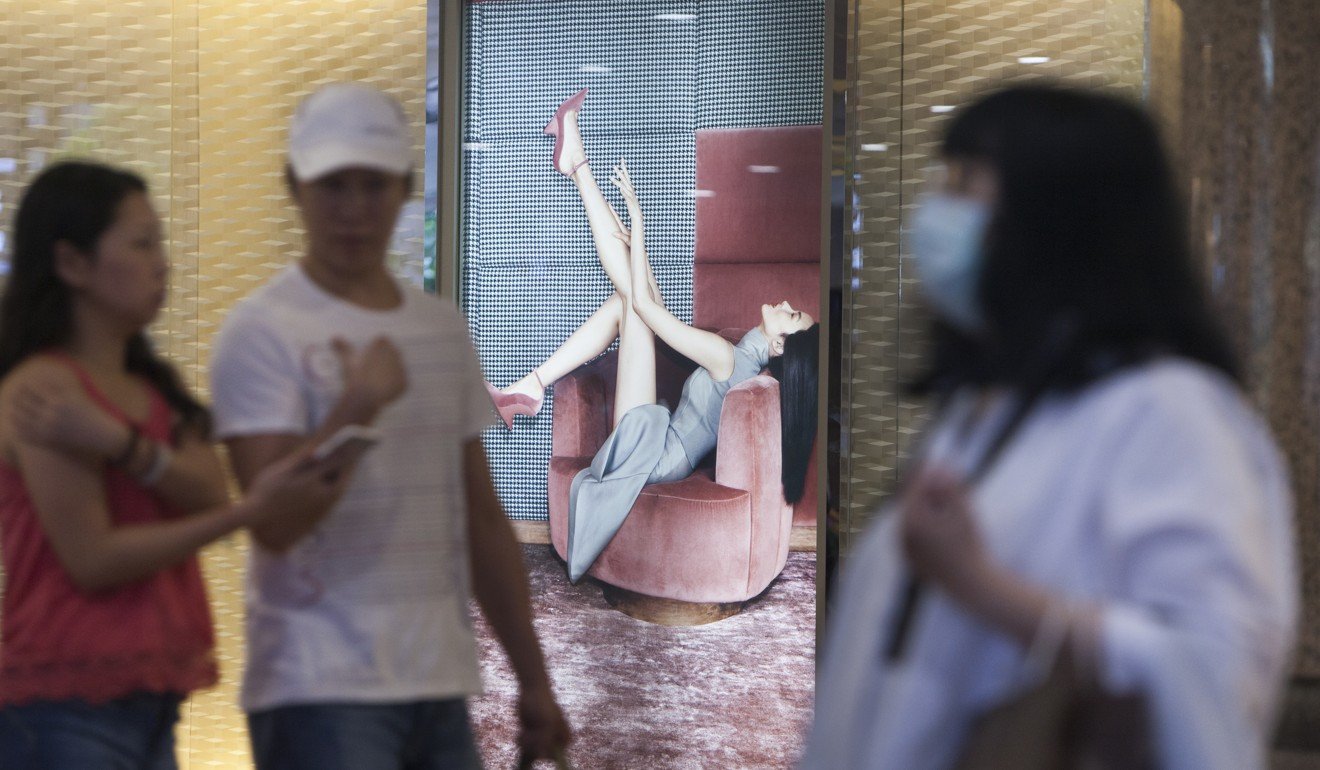 In 2016, Keith Weed, chief marketing officer of consumer goods company Unilever, shared internal research that analysed 1,000 ads from different countries and found 50 per cent contained stereotypical portrayals of women. Just 1 per cent conveyed women as funny, 2 per cent showed them as intelligent and 3 per cent showed them as leaders. The company then announced a strategy to remove stereotypes and eradicate outdated portrayals in its advertising.

“We know from studies that gender stereotypes are exacerbated for both men and women after prolonged exposure,” Moore says. “We also know that the more media a girl consumes, the fewer options she believes she has in life. And we’re seeing this in the ambition gender gap in Hong Kong, whether it is girls not opting for STEM [science, technology, engineering and mathematics] subjects or professional women lowering their ambitions in the face of family expectations about women needing to be primary carers.” 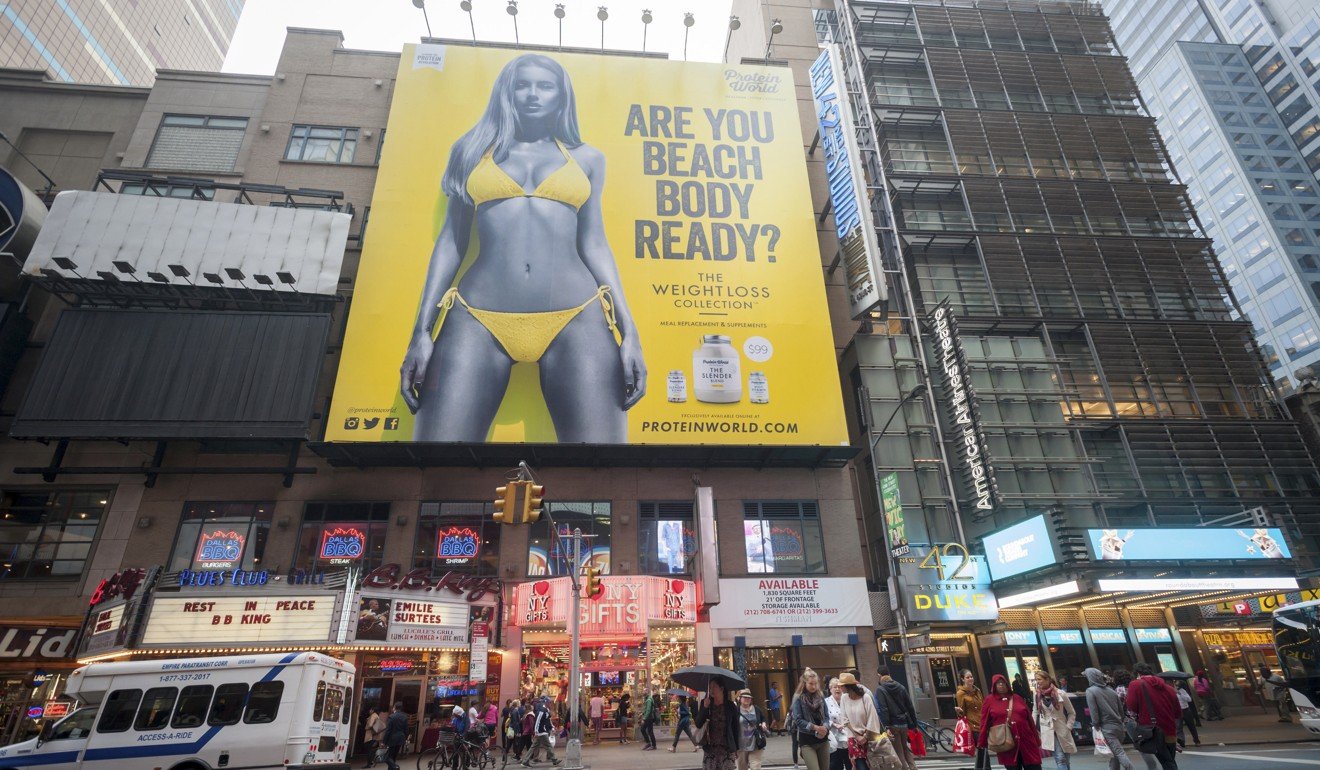 In Asia, only two out of 10 women feel comfortable with the idea of getting older, according to a study by SK-II. The reasons are many: pressure from family and friends, society’s scrutiny, or feeling the burden to marry before an artificially created deadline is up.

Fighting stereotypes also makes business sense. In 2016, Facebook conducted a study with New York-based ad agency Badger and Winters. It found that sentiment towards brands that promote gender equality in their advertising is 8 to 10 per cent more positive compared with brands that promote gender equality less or not at all (Badger and Winter was behind last year’s viral campaign #WomenNotObjects, the YouTube video for which has racked up almost 2.5 million views).

In a sign that the industry is serious about tackling the issue, Cannes Lion, a global event for advertising workers, launched Glass Lion in 2016, a category recognising advertising campaigns which challenge ingrained gender inequality, imbalance or injustice.

Last year’s winner was State Street Global Advisors for its “Fearless Girl” campaign. Created by ad agency McCann New York, it featured a statue of a defiant girl in front of the Wall Street Bull to highlight the low number of women on corporate boards. 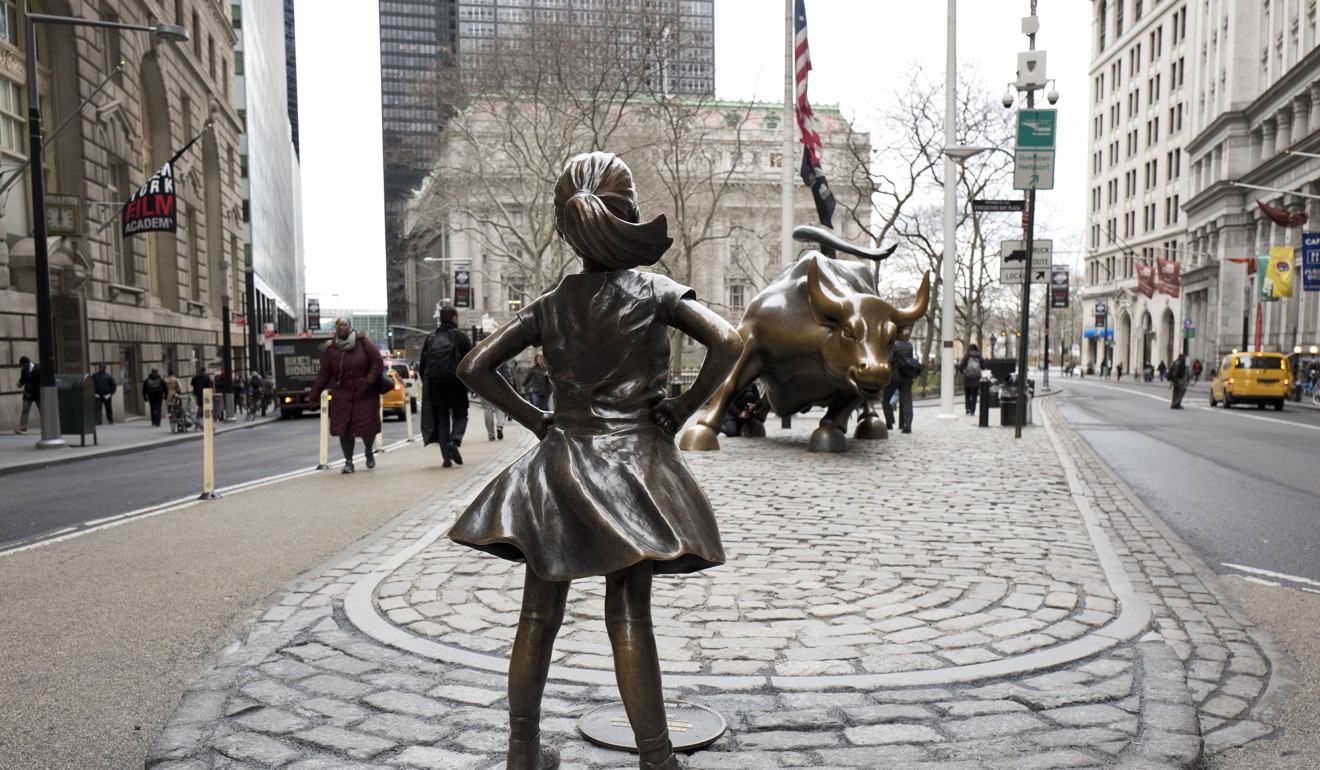 Moore also wants Hong Kong’s government to step up. “We hope the … Hong Kong administration will take note of examples by government intervention [in France, Denmark and Norway] and determine an appropriate approach for Hong Kong.”

While advertising firms are one of the biggest culprits when it comes to promoting gender stereotypes, Moore says everyone can do their bit.

“Businesses can review brand ambassadors, looking specifically at who they are using in their ad campaigns and the role assigned to them. This helps ensure ads reflect and celebrate the diversity of appearances, professions and lifestyles for the whole of society.”

Moore says schools and parents can do more to highlight female role models, particularly those in male-dominated industries. They can also point out instances of gender stereotyping and talk about their potential harmful consequences.

“We can all leverage social media platforms to call out ads that engage in gender stereotyping and highlight companies that are diversifying their content.” 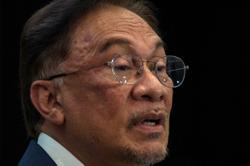