A hub for crime: The Kings Romans casino stands in the Golden Triangle special economic zone on the banks of the Mekong river in Laos near the border between Laos, Myanmar and Thailand. — Reuters

Washington: The US Treasury placed the notorious Kings Romans Casino in the Golden Triangle region of Laos on its organised crime sanctions blacklist, calling it a hub for trafficking in humans, drugs and protected animals.

The Treasury said the Chinese casino owner Zhao Wei heads a formidable “transnational criminal organisation” operating from the gaming resort in the Golden Triangle Special Economic Zone on the Mekong River near Ton Pheung, Laos, close to where Myanmar, Thailand and Laos meet.

“We are targeting key figures in this transnational criminal organisation, which stretches from the Kings Romans Casino in Laos throughout South-East Asia,” she said.

The Treasury said the nine-year-old casino, ostensibly built to cater to tourists from southern China, is used to store and distribute narcotics from Myanmar’s United Wa State Army, and launder money.

Since 2014, drug seizures in Thailand, Laos, and China have been traced to the Casino, it said.

Visitors to the casino widely report protected species such as bear, tiger and pangolin being available to eat in the casino’s restaurant. — AFP 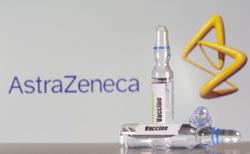