Art for the audience

Successful platform: The Singapore Repertory Theatre, one of the best-run companies in the region owes its success to Kripalani’s polished PR skills.

From the top of his slicked-back hair to the paisley-print pocket square peeking from his jacket, he is urbane with not an eyebrow hair out of place.

He laughs when I mention this.

“Your image is so polished,” I say. “What’s the real Gaurav like?”

“Is my image polished?” he shoots back.

But, he concedes, his style is “not sloppy”. He wears jeans “but I don’t wear torn jeans”.

Star power: SRT is proud of bringing in big names like Ian McKellen through the Royal Shakespeare Company. — Reuters

Like him, the SRT is known for its slick productions.

Founded in 1993, its stated mission on its website is to “enrich, engage and entertain audiences by staging theatrical productions of the highest calibre, collaborating with the best talent in the world”.

It is known for crowd-pleasing productions, especially foreign works. It has also brought in the Royal Shakespeare Company and big names like Kevin Spacey and Ian McKellen, and is behind the popular Shakespeare In The Park series. SRT is also famous for its fund-raising balls attended by society’s who’s who.

In March, it was announced that Kripalani, 45, will be festival director of the Singapore International Festival of the Arts from next year to 2020. He takes over from director Ong Keng Sen, who is associated with avant-garde, interdisciplinary work.

Kripalani’s appointment raised some eyebrows in arts circles. Is his taste too “mainstream” and “commercial”? Will he push boundaries, as some feel the festival should? Does he know enough about local theatre and will he champion it? Is he familiar with art forms other than theatre?

We’re having lunch at FOO’D by Davide Oldani, an Italian restaurant at the stately, historic Victoria Concert Hall.

It’s a place you’d expect Kripalani to eat at. The restaurant is elegant with high ceilings, thick columns, white walls and starched tablecloth. Tinkly piano muzak plays in the background.

I ask how he thinks the arts community has reacted to his appointment.

He pauses for a long time, then says in a slow, Californian drawl: “The vast majority of the people I know in the arts community have been nothing but supportive and have been incredibly encouraging.

Many talents: Kripalani returned to his acting roots in November in ‘Disgraced’, a Pulitzer Prize-winning play on post-9/11 religious and racial tension in New York. — Picture courtesy of SRT

“There are certainly a few who (pause) have adopted a wait-and-see attitude to see what I do (pause) and I know there’s a handful who feel that my tastes are (long pause) too mainstream for them and they see that as a negative thing.”

But he chooses to focus on the positive. “It’s been wonderful the number of my peers in the industry who have reached out, both in congratulations and also to pitch ideas,” he says, more briskly.

While some of the ideas may not happen at next year’s festival, they may in 2019 and 2020. “I’m very open to suggestions,” he assures.

Ong, he says, has done a wonderful job building the festival and he wants to build on that and grow audiences.

Expanding the audience base is clearly something he thinks the festival ought to be doing. He believes that while it should serve artists and give them opportunities to do things they wouldn’t normally be able to do, the festival must also serve the audience.

Singapore, he points out, is a 50-year-old country with a 25-year-old arts scene.

“We have the same people going to the shows all the time. We have to grow that base and the festival is an important place to do that,” he says.

But there also has to be stuff that’s going to make the audience come and have a good time and buy tickets for the next day.”

He thinks it will take another 10 years to build the festival into an international destination event.

We reminisce how, back in the 1980s and 1990s, the Festival of the Arts was the main game in town and how arts lovers would wait for the festival brochure to come out and tick all the shows they wanted to watch. “I would love that buzz back,” he says.

I ask what he makes of criticism that his taste is too mainstream.

He answers this by framing it another way. For him and SRT, the script – or story – has always been king. “I want a good, good story,” he says.

“I want our audiences to root for different protagonists when they come out, and have a heated debate over dinner about, is he right, is she right?”

He adds: “When I say I need a great story, I don’t need it to be linear. I don’t need a beginning, middle and end. It could be, but I want – at least for SRT – our audiences to leave talking about the issues in the play rather than being confused about what it was about, and talking about where to have dinner instead.”

Does he get irritated by any particular type of production, I ask.

He tilts his head, considers this and says: “I’m a great appreciator of doing things for art’s sake, and have seen some absolutely beautiful, beautiful shows that are mesmerising... So I think I am able to tell when it is pretentious and self-indulgent and, in some cases, alienating the audience. And, to me, I find that irritating because at the end of the day, we do it for the audience.”

Is there a lot of pretentious stuff going on in Singapore theatre?

No, not at all, he says. But he wishes there could be more Singapore stories that can stand the test of time and travel the world.

He laments over the scripts SRT gets from some young new writers.

“They don’t know dramatic structure, they don’t appreciate the concept of creating a story with themes that can be universal. It can’t just be navel-gazing,” he says.

“There’s a place for those plays about a specific local issue that’s only relevant at this particular point in time because of something that’s happened in Singapore – that’s wonderful.

“But the plays that I’m interested in are plays that you can stage 10 years from now on the other side of the planet and people will still go, ‘oh my God, remember that Singaporean play? That was brilliant’. That’s what I’m excited to find.’’

I ask him to name Singapore works in that category. He cites SRT’s Forbidden City, a musical about China’s Empress Dowager Cixi . “It doesn’t have to be set in Singapore, it’s a Singaporean creation.”

Any others? He says there are “quite a few, they are the ones that keep getting restaged”. He refers to the Haresh Sharma retrospective at the Esplanade and says Sharma’s works have stood the test of time.

Kripalani was born in Calcutta to a theatre-loving family. His father, who is in insurance, acted in community theatre and his mother helped with costumes. He acted in his first play at the age of five and knew from then that he wanted a life in theatre. He has an uncle, Jayant Kripalani, who is an actor in India.

His family moved to Singapore when he was 12 and he went to Raffles Institution and Raffles Junior College, where he was involved in plays. He has a younger sister, now a teacher.

He was a Basic Military Training instructor during his national service and said that stint served him well later.

He also learnt to manage his time during NS, and that helped him finish two degrees – in theatre and political science – in three years at Santa Clara University in the United States.

When he returned from the US, a friend asked him to check out SRT, which had been started by American Tony Petito. He got on well with Petito and agreed to join the group as general manager. He thought it would be for six months before he went back to the US, but has stayed there since.

Kripalani, who does not want to talk about his private life, has lived and breathed SRT since, and seems a little hurt when I say some see him more as an administrator – he has been described as an impresario – than an artistic director.

He points out that 60% to 70% of SRT’s income comes from ticket sales. “The only way that can happen is if the programming is strong,” he reasons.

Some of SRT’s success – and it is one of the best-run companies in this region – is also due to his polished PR skills.

I get a hint of how this has come about when he lets on that one of the problems of growing older is how his memory for names and faces has blurred.

“One of the things I used to be so proud of myself for was that I was so good at names and faces.

By the time we’re done, the restaurant is almost empty and it’s raining outside.

Walking out, I trip on a step and he gallantly steadies me. We part ways, me dashing to the carpark across the road and he, a dapper figure walking away in the rain. –The Straits Times/Asia News Network 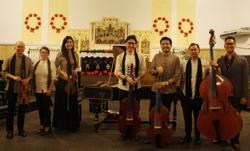