Dental surgeon Hoo Swee Tiang's lawyers argued that he was wrongly identified as the culprit.

SINGAPORE: A dental surgeon was sentenced to six weeks' jail yesterday after he was convicted of molesting a woman on an MRT train two years ago.

Hoo Swee Tiang, 32, who graduated on the Dean's List from the National University of Singapore, is appealing against his conviction and sentence.

District Judge Luke Tan convicted him after a seven-day trial, during which the court heard how he touched a 30-year-old bank teller's inner thighs while on a train travelling between City Hall and Eunos at about 6.30pm on April 10, 2013.

Hoo, who was wearing a suit, said from the dock that he "didn't do it''.

The woman had testified that she had changed out of her bank uniform into a racerback top and shorts before taking the MRT.

She said she felt contact with something cold between her legs. At first, she thought it was a bag. The contact lasted about 30 seconds.

She then felt a stroking action, which she later realised, was Hoo's thumb. She turned and saw him pull back his right hand, which had been holding a book. Shocked, she glared at him. Hoo then alighted at the next station.

The woman, who said she felt "upset, outraged and disgusted", made a police report that evening.

Two days later, she saw Hoo - again in a train carriage - and confronted him on the platform of Dhoby Ghaut MRT station. She called station security for help.

Hoo admitted to touching the woman in his police statement as he "enjoyed this kind of skin contact with female''. But in court, he denied doing so.

Deputy public prosecutor Yang Ziliang stood down a second similar charge against Hoo in respect of the same victim - a pre-trial conference for which has been scheduled for July 12.

The defence case is that Hoo was wrongly identified as the alleged molester. Hoo, whose wife is expecting their first child this month, could have been jailed for up to two years, fined, caned or given any combined punishment. 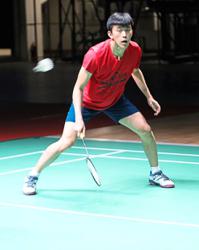 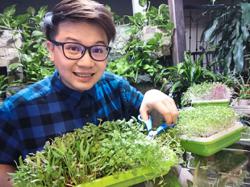