Beijing: More Chinese collectors are turning to Western art in recent years, a trend which may change the whole landscape of the global art market.

According to Nanfang Daily, several local auction houses in Guangdong are introducing Western artwork at their sales. For example, Holly’s Auctions has launched a special section of works on paper from European art masters during its upcoming autumn sale, the first of its kind nationwide. The section will present water soluble block prints, copperplate etchings and sketches from European art masters for auction.

Canton Treasure Auction has put forward a special section of “oil painting, sculpture and prints” during its contemporary art auction. According to the head of its oil painting department, oil painting collecting is a trend we will see in the future, as “Chinese painting is our country’s tradition, while oil painting is international. As an auction house, we are guiding and fostering the market by introducing more oil paintings”.

According to Nanfang Daily, Wang Yefu, the executive director of Holly’s Auctions, said that now China is integrating with the world in all respects, and the art world is no exception.

“Internationalisation can widen art dealer’s choices. For example, if he bought a Rodin sculpture, later he can trade it on the international auction market in New York, France or London.”

Besides, Chinese buyers have been acquiring more Western pieces, such as the purchase by Dalian Wanda Group Chairman Wang Jianlin of Picasso’s Claude and Paloma in 2013. Wang Zhongjun, a movie mogul, bought a US$62mil (RM266mil) Van Gogh painting from Sotheby’s last year.

On The Beat 8h ago 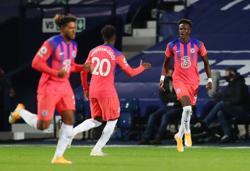 Chelsea recover from three goals down to draw at West Brom