Japanese filmmaker Hideo Nakata is the godfather of the "J-horror" genre but also wants to make a romantic comedy film. - AFP

But the godfather of the "J-horror" genre is not ditching his day job just yet and proves he still has plenty of devilish tricks up his sleeve in his new film "Ghost Theatre," which opens next week at the Tokyo International Film Festival.

Spine-chillingly claustrophobic, Nakata's new release revolves around a troupe of actors haunted by an evil mannequin, marking something of a departure from his previous works.

"Traditionally in J-horror, a ghost -- something which isn't supposed to exist -- appears faintly as an apparition behind you, often out of focus," the 54-year-old told AFP in an interview.

"Like Sadako in 'Ring': when the TV gets turned off, you see her reflection on the blank screen but when you turn around she's not there."

In his latest offering, the object of fear is a life-size doll being used as a prop in a theatre.

"Japanese people used to decorate their homes with ornate dolls and you'd hear stories of the doll's hair growing or its head moving slightly," Nakata explained.

"People would talk about dolls being possessed by spirits."

Perhaps inevitably, Nakata will always be remembered for the pallid, lank-haired Sadako of the 1998 masterpiece "Ring", which triggered the global J-horror boom.

The blood-curdling scene in which the ghost climbs out of the disused well her body had been dumped in and drags herself through the TV screen to stare murderously at her victim helped the movie rake in $100 million at the box office.

"At that time, kids had their own TV in their rooms, often with a video deck," said Nakata.

"I liked the idea of using the simplest of electrical appliances as the window from which Sadako, who existed only on a videotape, emerges from Hell and comes alive."

"American cinema-goers were more used to zombies attacking people," he said. "Maybe it was a reaction to the extreme splatter movies of the 1980s and 90s, where the object was biting people to death. Maybe that sparked the interest."

Likewise for Nakata, the western horrors that stood out for him as a kid growing up were those that terrified viewers without resorting to stomach-churning gore.

"But I didn't enjoy films like the "Evil Dead" as much, with all its grotesque cruelty," he added, referring to Sam Raimi's supernatural cult favourite.

"It just feels too fake if there is too much blood," Nakata added.

"In 'Ring' I tried to keep the blood to a minimum -- I think there was just a bit of congealed blood around the fingernails, that was it."

Nakata believes the creepy ghosts made famous by himself and contemporaries such as "Juon" ("Grudge") director Takashi Shimizu should elicit sympathy as well as terror.

"There is always a battle between good and evil and Christian morals at the heart of scary films made in the West," he said.

"Japanese ghosts like Sadako are demons, yes, but when she was alive she was treated abominably and suffered terrible abuse before she died.

"She now possesses the power to curse or kill people, but she's not pure evil. There's room, on an emotional level, to feel sorry for her."

Nakata insisted that his future remains in horror, despite a desire to cast off the shackles and make a romantic comedy.

"The late Wes Craven once told me: don't do more than two horror movies," he said. "But I guess it's my destiny.

"I want to do something like 'The Intern' (starring Robert De Niro and Anne Hathaway)," he laughed.

"But horror is an indestructible genre and as long as there are people out there who want to be scared to death, I'll keep striving for new ways to scare them." - AFP
Article type: metered
User Type: anonymous web
User Status:
Campaign ID: 46
Cxense type: free
User access status: 3
Regional 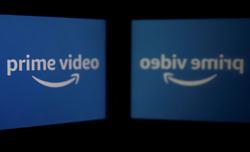