Search called off for foreign divers missing in Indonesia

JAKARTA: Rescuers have called off the search for four foreign tourists who went missing while scuba diving off Indonesian Borneo more than 10 days ago, an official said.

A full-scale air and sea search was launched to try and locate the three Italians and one Belgian but the effort was abandoned after no trace of the divers was found.

“The search should have been called off after seven days by law, but we decided to extend it by three more,” East Kalimantan search and rescue chief, Hendra Sudirman, said.

The missing Europeans were part of a group of six tourists – four divers and two snorkelers – who set off for Sangalaki island, a popular dive spot in East Kalimantan province, on Aug 15.

After the four divers surfaced they asked their guide to swim to their boat and request the captain collect them from the water.

But on the way he encountered trouble and blacked out, Sudirman said.

He was plucked from the water by a passing boat and taken to a clinic on shore.

The divers’ boat, having taken the two snorkelers back to shore, returned to the area to search for the divers after it became apparent they had not returned.

“When he (the motorboat driver) went back, the divers were gone,” Sudirman said.

He said there were strong currents and large waves in the area at the time.

Representatives from both the Belgian and Italian embassies, as well as family members of the victims, were present throughout the search and agreed that it should be called off, Sudirman added yesterday.

Indonesia is a popular scuba diving destination in Asia but accidents have been reported in recent years.

Two Japanese divers died in a diving trip off the resort island of Bali in February last year. — AFP 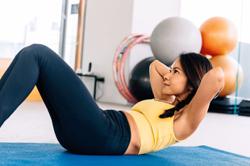