Taiwan's national flag flies at half-mast in front of the Taipei 101 skyscraper on Tuesday.-EPA

TAIPEI: Flags across Taiwan flew at half mast Tuesday to pay homage to the 40 people killed in a TransAsia plane crash last week, as divers battled cold weather to find the last three people missing.

“In order to mourn TransAsia Airways GE-235, all government units and schools will fly flags at half mast on Tuesday,” the government said.

The last time Taiwan lowered its flags was following another TransAsia plane crash last July that killed 48 of the 58 people on board and in the wake of a deadly gas mains explosion that claimed 30 lives and left more than 300 injured the same month.

A memorial service is scheduled to be held later in the day, while dozens of divers were battling freezing temperature as they scoured the crash site in the Keelung River for the last three missing victims -- two Chinese and one Taiwanese. 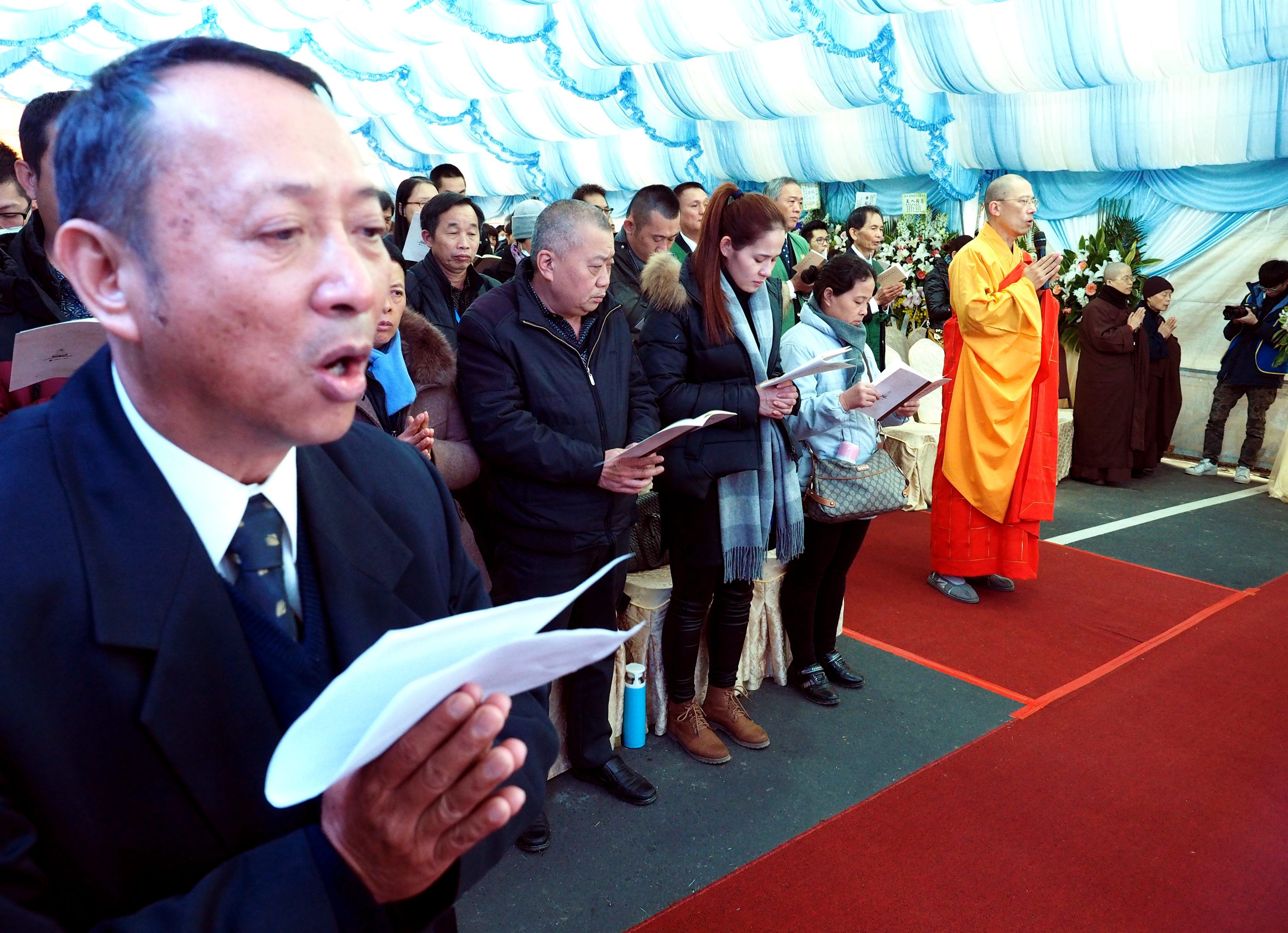 The rescue authorities said that only a small number of divers were searching the cold river after dozens called in sick.

The TransAsia Airways Flight GE235 with 53 passengers and five crew on board crashed Wednesday last week shortly after take-off from Songshan airport in Taipei.

Amateur dramatic dashcam images showed the ill-fated plane hitting an elevated road as it banked steeply away from buildings before crashing into the river.

Investigators are still trying to establish what caused the crash, but initial reports from the black boxes found the right engine had “flamed out“ about two minutes after take-off.

Warning signals blared in the cockpit and the left engine was then shut down manually by the crew for unknown reasons, Taiwan’s Aviation Safety Council said Friday.

Analysts have said the pilots may have caused the crash by turning off the wrong engine.

Three Chinese investigators flew to Taiwan over the weekend to help the ongoing probe into the accident. Thirty-one of the passengers on board were Chinese -- 26 have been confirmed dead, three were injured and two remain unaccounted for.

TransAsia has announced cancellations of more than 120 flights by Tuesday -- all domestic -- as all its 71 ATR turboprop pilots were recalled for retraining following the crash. -AFP