SINGAPORE expressed disappointment and surprise yesterday over a rowdy demonstration in front of its embassy in Jakarta by protesters who damaged the main gate and defaced it with graffiti.

The participants had turned up unannounced on Tuesday, carrying banners and demanding that the city-state take back a disputed consignment of material that had been shipped to the island of Batam.

“We are disappointed that this has happened when both the Indonesian and Singapore governments had agreed to refer the matter to the Secretariat of the Basel Convention, as had been requested by Indonesia,” said a Singapore Foreign Ministry spokesman.

An official protest has been lodged with the Indonesian government.

The dispute began last year over the shipment of what Singapore described as organic fertiliser exported by a company here to an Indonesian firm in nearby Batam.

Indonesian authorities claimed the material was classified as hazardous waste under the Basel Convention, an international agreement that governs the movement of such material. – dpa 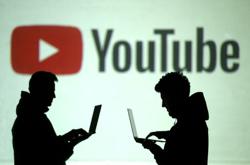