SAMPUR: Isolated at the end of a badly rutted road, this area controlled by Tamil Tiger rebels has had nearly no aid for 20,000 people left homeless by tsunamis that devastated Sri Lanka.

It takes a five-hour drive on dirt roads that pass through an army checkpoint and a Tamil Tiger post to get to rebel-held Sampur, about 160km southeast of Trincomalee.

Here 371 people were killed by the tsunamis that battered the Indian Ocean on Sunday. Another 200 have disappeared and about 20,000 are without shelter, the Liberation Tigers of Tamil Eelam (LTTE) say.

Since the assault, this region has lived almost solely on stocks first intended for victims of recent floods.

On Wednesday a non-governmental organisation close the rebel group finally despatched 10 trucks of food and medicines. But no other aid trucks have made it to Sampur.

In the two refugees camps, food stocks are low. In one housing 115 families, there is a high risk of cholera.

The closest hospital is more than an hour away by road; the government dispensary is closed because the doctor is on holiday.

“It is clear” this area is getting less aid than others affected by the tsunami because it is controlled by the LTTE, Elinan charged.

In two cases, the army stopped vehicles carrying aid for ethnic Tamils and seized the contents, he said. Other vehicles were diverted to Sinhalese areas, he said. There was no way to confirm the claims.

The guerillas admitted on Monday they could not handle the situation alone but the government “has not yet sent the aid it said it would,” Elinan said.

“Help has not arrived because the government has not built a road for it to get here,” he added.

Despite the shortages, there is a sense of discipline among the people of Sampur, shattered by 30 years of civil war that has killed more than 60,000 people across the island.

Food is shared out by the LTTE in camps organised by village chiefs, while doctors move from hamlet to hamlet.

Despite the allegations against the military, the tragedy does appear to have forced a change of attitude among the soldiers.

An official in charge of medical coordination surnamed Malaravan said that in general “contrary to routine the army will not check the vehicles going to the rebel zones.” – AFP 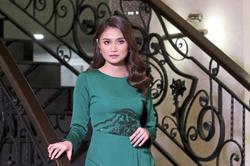