IN THE first of many measures to boost the population, babies born to Singaporean women abroad will now have the right to be Singaporeans.

The Constitution will be amended, giving them an equal claim to citizenship as babies of Singaporean men abroad.

While this move is significant more in the signal it sends to women than in the numbers it can reel in, more impactful are two proposals the Government has long resisted but will now review.

First is the five-day work week for the civil service, which many have said will give a better work-life balance conducive to child-bearing.

Second is granting female civil servants benefits equal to those of their male counterparts.

He was wrapping up a three-day Budget debate bursting with ideas to reverse a plummeting birth rate that hit an all-time low last year of only 36,000 births. – The Straits Times/Asia News Network 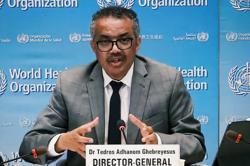