ACTING Manpower Minister Ng Eng Hen said yesterday that Nanyang Technological University (NTU) economists were way off the mark by claiming that most new jobs created in the past five years had gone to foreigners.

NTU economists had said that three in four jobs had gone to foreigners, but Dr Ng revealed that, in fact, nine in 10 new jobs went to Singaporeans and residents, and only one went to a foreigner.

Dr Ng said he was disappointed by their report and did not mince his words when he criticised them for failing to verify their figures with his ministry or the Statistics Department before going public with “sensationalistic” claims.

Researchers were duty-bound to check, he said, adding: “If your findings show something different or if it stands out, you want to be careful not to be sensationalist even if your figures are right.”

He also made public another set of government figures, some released for the first time.

During that period, nine in 10 new jobs went to residents, and only one to a foreigner – a reversal of the NTU team’s claim.

The economists called for a re-look at Singapore’s dependence on foreigners, but Dr Ng defended the Government’s foreign worker policy.

“As we look at our figures, our policies are correctly crafted,” he said.

“Foreign workers serve as a useful buffer. In good times, when there are plentiful jobs, they serve to meet the demand. In difficult times, they serve to moderate wages and increase the economic pie.”

Yesterday, the NTU economists stood by their findings.

In a statement signed only by Dr Tan and Dr Chen, they said they had studied statistics available in the Manpower Ministry’s website.

“If our findings are not reflective of the actual situation, then the Manpower Ministry has a duty to revise its statistics on the website,” they said. – The Straits Times/Asia News Network 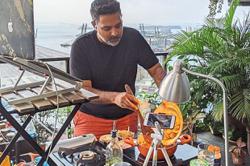