ALOR GAJAH: State-level open houses held in rural areas can have an extraordinary impact and serve as a platform for the state government to create more tourism products in preparation for Visit Melaka Year 2024.

He was referring to the state-level Chinese New Year open house in Kampung Permai Machap Umboo.

"This is the first time a state-level Chinese New Year celebration is held outside the city... the preparations made are extraordinary.

"With contemporary ideas from the young people, this village has become another 'OTD' (of the day) site, which is now very popular among the young generation to take pictures, making the place a tourist attraction in Melaka," he said at the open house on Monday (Jan 23) night.

He said the arrival of foreign tourists in Machap Umboo since the past week not only increased the number of tourists in Melaka, but also helped to raise the socio-economic status of the residents.

It was a lively atmosphere with guests entertained by various modern and traditional performances, including the dragon and lion dance, a wide variety of dishes served, including nasi lemak, traditional nyonya cakes, roti canai and pancakes.

The highlight was a 30-minute firework display. - Bernama 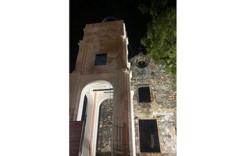 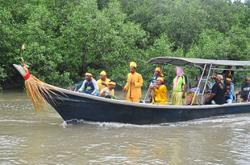