Johor to take the fast-lane to development 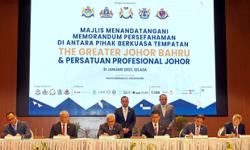 JOHOR BARU: Johor is aiming to strengthen its position as a magnet for investments in Malaysia through a fast-lane programme, even as greater economic challenges lie ahead in 2023.

“This year, Johor has attracted over RM63bil worth of investments and most of them are in Kulai due to a fast lane there that’s run by Kulai Municipal Council (MPKu).

He added that the fast lane had provided a shorter waiting period for potential investors wishing to set up factories and start operations in Johor.

Mohd Jafni said that previously, investors would have to wait for more than 12 months before getting the necessary approvals from various agencies before they were able to run their operations.

“Under the fast lane, we have more than 17 agencies such as the Works Department, Irrigation and Drainage Department and Fire and Rescue Department to give the technical approvals for investors,” he added.

He also said seven other local councils in Johor would soon have organised industrial areas within their respective jurisdiction that could attract more investors.

“At such industrial areas, everything has been prepared for the investors including electricity and water besides other infrastructures such as road connectivity.

“They just have to move their machines into the factories and start work immediately,” he said.

Noting that 2023 was forecast to be an economically challenging period, Mohd Jafni said the state government would be taking the necessary steps to help cushion the impact on the people.

“We want to defend Johor’s position as the No.1 state in attracting investments and will aim for an even higher number next year,” he said, adding that Johor would continue to practise an investor-friendly approach.

He said with these investors coming to the state, it would create more jobs for the locals and enable them to get good income and spend it in the domestic market thus stimulating the local economy. 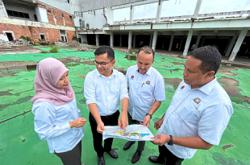 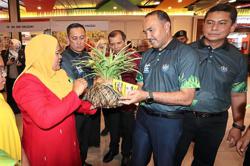