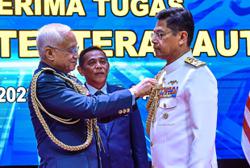 Mohamad said he needed to be briefed soon to get a clearer picture of the multi-billion ringgit project which had been hit by delays.

"I will get a briefing from the relevant parties so that I have a deeper understanding of the background and issues involved.

"We will ensure that the ships are built; no point talking about history. That is important because it (LCS) is a strategic asset of the Malaysian Armed Forces (MAF),” he said.

Mohamad said he would work together with the ministry leadership to ensure the frigates were built and delivered.

"I will ask the government to study it properly and we will ensure these ships are built and completed in the best way possible, InsyaAllah,” he said.

Yesterday, Eastern Fleet Commander Vice Admiral Datuk Sabri Zali hoped that the new government would make the LCS project among its priorities to strengthen the capability of the Royal Malaysian Navy (RMN) in protecting the country’s waters.

Earlier, former defence minister Datuk Seri Hishammuddin Tun Hussein had been reported as saying that the first littoral combat ship was expected to be ready within two years.

Meanwhile, on the issue of allowances, veterans’ welfare and housing for military personnel, Mohamad said this matter would be studied and implemented according to the country’s capability.

"We have to prioritise according to the country’s situation and capability, by ensuring it could be organised properly,” he said. 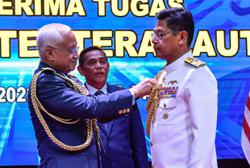