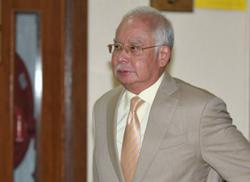 PUTRAJAYA: The Court of Appeal has set May 18, next year for the hearing of an appeal by Datin Seri Rosmah Mansor over her judicial review to challenge former Federal Court judge Datuk Seri Gopal Sri Ram's appointment as lead prosecutor in her RM1.25bil solar hybrid project graft case.

On Aug 30 this year, the High Court in Kuala Lumpur refused to give leave to the wife of former prime minister Datuk Seri Najib Razak to commence a judicial review to challenge Sri Ram's appointment as lead prosecutor in her case.

Rosmah, 70, filed the application for leave to initiate a judicial review in the High Court on June 24 this year, naming the Attorney General/Public Prosecutor, the Government of Malaysia and Sri Ram as respondents.

She sought a declaration that Sri Ram's appointment as senior deputy public prosecutor through three letters of appointment (fiat) dated July 8, 2020, May 11 and May 21, 2021 respectively was unlawful.

She also wants a declaration that the entire prosecution proceedings and full trial for her solar case, which took place since Nov 15, 2018, until the defence closed the case were invalid and void and that she must be acquitted of all charges under Section 16(a)(A) of the Malaysian Anti-Corruption Act 2009.

Prior to the judicial review, Rosmah had applied to disqualify Sri Ram but it was dismissed by Justice Mohamed Zaini who presided over her solar hybrid corruption trial. Her appeals to the Court of Appeal and Federal Court were also dismissed.

On Sept 1 this year, Justice Mohamad Zaini found Rosmah guilty of the corruption charges and sentenced her to 10 years in jail and fined RM970mil.

Rosmah was charged with soliciting RM187.5mil and two counts of accepting bribes amounting to

She has filed an appeal against her conviction and sentence, and her appeal is pending in the Court of Appeal.

Rosmah has been released on a RM2mil bail pending her appeal. - Bernama