PUTRAJAYA: Online video platform TikTok has taken down a total of 1,126 videos that were deemed provocative and extreme after the 15th General Election, says the Communications and Digital Minister.

Fahmi Fadzil (pic) said that through a meeting held with the platform recently, the videos were blocked automatically using its Artificial Intelligence (AI) system.

He added that the ministry would work with TikTok and other social media platforms to ensure that content uploaded online did not touch the 3R (royalty, religion and race) issues.

"Before the polling date, between Nov 12 to 18, a total of 857 videos were automatically blocked, while on Nov 19, another 130 videos were taken down.

"Meanwhile, post-GE15 saw that a total of 1,126 videos deemed provocative and extreme were blocked by TikTok using their automated system," he told reporters on Wednesday (Dec 7).

Fahmi also said that his ministry had started a process to strengthen the cooperation between the government and social media platforms.

"Social media operators not only need to follow the law but also must be responsive to requests made by the authorities in regards to provocative content.

"I have also requested the ministry to study the existing laws and evaluate the relevant measures needed," he added.

Fahmi said the ministry held a meeting with TikTok on Monday (Dec 5) over concerns about the circulation of misinformation and extremist content on the platform.

Asked about allegations that some political parties paid content creators to disseminate their political narratives on TikTok, he said that the ministry would also look into the matter and laws pertaining to it.

"We need to do more to make sure this (social media) ecosystem is much better regulated in the future.

"We are looking at current existing laws to see how we can strengthen them without compromising our commitment to the freedom of speech," Fahmi said, adding that the government draws the line at content with fake news, extremist, hate speech and violence. 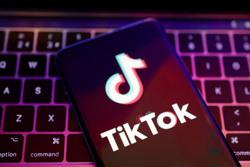