KUALA LUMPUR: A national costume decorated with 10,000 coins is what Olivia Nicholas will be wearing when she represents Malaysia at the Mrs World 2022 pageant.

The dress, which incorporated traditional Sabah and Sarawak elements, was unveiled here on Sunday night.

At the event, Olivia set a Malaysian record by wearing the costume decorated with the most five-sen coins.

The coins are designed in the motif of the “Destar Siga” cloth, an indigenous form of woven fabric that originates from the Kadazan Dusun community in Sabah. It is also used as a headdress during traditional ceremonies, Bernama reported.

Olivia will be wearing it as she competes with representatives from over 60 countries for the coveted Mrs World 2022 crown in Las Vegas from Dec 10 to 17.

She will be accompanied to the event by her husband, Dr Sandeep Menon. 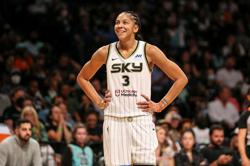