PUTRAJAYA: An investigation paper has been opened to look into allegations by former lawmaker Tan Sri Annuar Musa that a large sum of money believed to involve Tan Sri Muhyiddin Yassin was used to help Umno during the Sabah polls in 2020.

It is learnt that the Malaysian Anti-Corruption Commission (MACC) will be calling several individuals, including Annuar and Muhyiddin himself.

Sources said the plans are underway to call the two politicians to explain the allegation.

Annuar had recently posted a video claiming that Muhyiddin, while holding the post as prime minister, had channelled millions of ringgit to assist Umno in the Sabah elections two years ago. 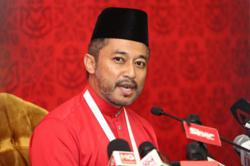