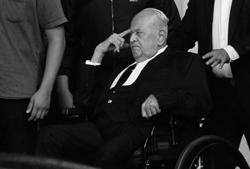 KUALA LUMPUR: Many corrupt criminals may escape the law if the prosecution is required to prove each and every document under the strict requirements of the Evidence Act 1950, the High Court was told.

He said the legislative purpose for introducing Section 41A of the Malaysian Anti-Corruption Commission (MACC) Act, by way of amendment, was reflective of the Parliament’s intention to displace Chapter V of the Evidence Act.

“Bringing corrupt individuals to justice by the strict rules governing the prerequisites to admissibility under the Evidence Act may prove to be an insurmountable hurdle, especially when in these days where transactions in the millions can be carried out electronically in the flash of an eye or where, as here, millions in cash are surreptitiously handed over.

“Requiring the prosecution to prove each and every document under the strict requirements of the Evidence Act could lead to the escape of many a corrupt criminal,” he said.

The introduction of Section 41A, Sri Ram said, was to avoid this consequence.

Sri Ram was making his submission in an application by the prosecution to admit an audio recording of an alleged conversation between Najib and a Middle Eastern leader in the trial to rebut Najib’s defence that the monies that went into his bank accounts were donations.

The prosecution contended that the recording and transcript of the audio came within the ambit of Sections 6, 7, 8 and 9 of the Evidence Act 1950.

“They concern the accused’s role in 1MDB and his relationship with that company. It will also demonstrate the accused’s modus operandi at the material time,” he added.

On the defence’s objection to the admission of the recording and the transcript because they were “improperly obtained”, Sri Ram said cases decided by the Privy Council, the Supreme Court of the United States and the Courts of Scotland were unanimous in saying that the general principle on the matter was that relevant evidence, however obtained, was admissible.

The recording in question is part of a series of nine audio recordings disclosed by then Malaysian Anti-Corruption Commission (MACC) chief Latheefa Koya in January 2020, purportedly linked to SRC International and 1MDB, which also included another recording of an alleged phone conversation between Najib and his wife Datin Seri Rosmah Mansor, among others. 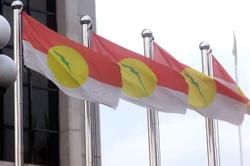 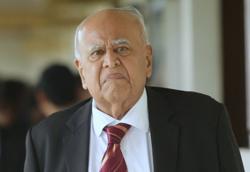