MELAKA:The Melaka government should focus on bridging inequities in healthcare access instead of connecting Masjid Tanah to Indonesia, says a state assemblyman.

Kota Laksamana representative Low Chee Leong said screening and treatment for the middle- and lower-income groups should be upgraded at public hospitals.

He also urged the authorities to address the congestion at Hospital Melaka.

"The proposed bridge to Sumatra can be executed once the state has addressed the (healthcare) needs of locals (and upgraded) equipment and facilities in healthcare," he said at the Relay for Life prize giving at Manipal University College here on Sunday (Dec 4).

ALSO READ: Melaka keen for second round of negotiations on 120km link to Sumatra

The community-based fundraising event was organised by the National Cancer Society of Malaysia (NCSM).

Low said that as a former state executive councillor for health, he saw the need for Melaka to provide an affordable and better healthcare ecosystem for middle- and lower-income earners as well as senior citizens.

He also suggested that the state work closely with NCSM to create awareness of the elimination of cancer, especially among children.

"Contributing to better healthcare is a way forward for the state to also promote medical tourism," he added.

He said local contractors would be given the opportunity to be involved in the project once it has materialised.

He said a proposal on the project had been submitted by the private sector and both Indonesia and Malaysia agreed in principle to a detailed study on the matter. 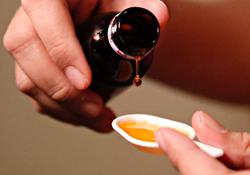