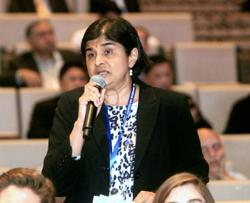 Khairy, on Twitter, said he hoped that Dr Zaliha Mustafa would strive to fight for allocations that commensurate with the hard work by the health community.

“Congratulations YB Dr @Zaliha_DrZ on her appointment as the new @KKMPutrajaya Minister.

“Good luck and continue to fight for an excellent public health system and get allocations to commensurate with the hard work of the KKM (MOH) community. All the best!” he tweeted.

According to Sinar Harian, Dr Zaliha currently runs her own private clinic in Bandar Putra Kulai, Johor, after serving three years as a medical officer in district hospitals in Taiping, Perak, and Pekan, Pahang.