PUTRAJAYA: The guessing game about who will be in Datuk Seri Anwar Ibrahim’s Cabinet in the unity government is expected to be answered today, a week after he took office.

Those appointed to the Cabinet are expected to be sworn in before the Yang di-Pertuan Agong tomorrow.

Sources said the announcement would be made at about 5pm, after Anwar’s day trip to Ipoh, Perak.

“Yes, there will be an announcement (of the Cabinet). It has been scheduled for late afternoon,” said one source.

Anwar, 75, who was sworn in as Malaysia’s 10th Prime Minister on Nov 24, is also expected to appoint two deputy prime ministers. 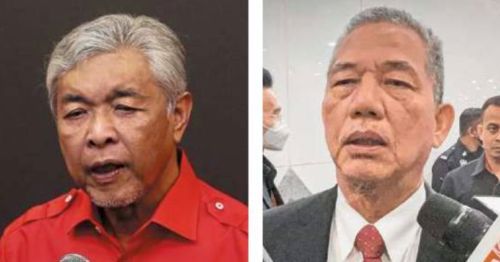 Who will it be?: Sources say for now Ahmad Zahid (left) looks good for the DPM post. Fadillah is also another possible candidate.

Sources said that for now, Ahmad Zahid is in the running for the deputy prime minister post.

“However, there is some opposition within Pakatan Harapan. We will see how Anwar will solve this,” a source said.

All eyes will also be on the size of the Cabinet and whether Anwar has already decided on his full line-up.

Soon after taking office, the Prime Minister said his Cabinet would be much leaner than previous administrations.

Sources said they believe Anwar is only expected to announce the names of several portfolios.

“There are many things that he needs to consider because there are not just parties in his coalition to appease,” a source said.

“It’s going to be a major juggling act and as such, he needs more time,” the source added.

Tun Dr Mahathir Mohamad had 28 ministers in his administration, while Tan Sri Muhyiddin Yassin had 32 ministers and Datuk Seri Ismail Sabri Yaakob had 31.

Meanwhile, Anwar will have a packed schedule in Ipoh today as he returns to the Tambun parliamentary constituency, of which he is MP, for the first time as Prime Minister.

First on the list is an audience with the Sultan of Perak, Sultan Nazrin Muizzuddin Shah.

The Prime Minister will also meet with locals at the Tanjung Rambutan market, visit a health clinic in Manjoi, and perform his Friday prayers at Masjid Muhammad Al-Fateh.