MELAKA: A senior citizen has claimed trial to shooting and killing Molly – his neighbour’s cat.

The accused, Aziz Tambi, 62, pleaded not guilty before Sessions Court judge Darmafikri Abu Adam when he was charged here yesterday.

According to the facts of the case, the accused was alleged to have shot the cat using an air rifle.

He was said to have committed the offence at 2.30pm at a house in Jalan Tanjung Minyak, Bukit Rambai in Melaka Tengah, on June 18.

Aziz also faced a separate charge under Section 8(a) of the Firearms Act 1960 for having in his possession an air rifle without a permit on June 19 this year.

The charge was read before magistrate Nabilah Nizam.

If convicted, the accused can be jailed up to seven years or fined a maximum of RM10,000 or both.

The accused was represented by lawyer Mohd Ishak Kari.

The Sessions Court granted bail of RM5,000 while the magistrate’s court set bail at RM2,500.

Both courts fixed Jan 11 next year for the next mention. 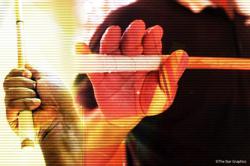