PETALING JAYA: Malaysia needs a law that makes it a crime to incite racial or religious hatred, says the G25 group of eminent Malays.

In a statement, G25 said some politicians are still continuing to use race and religion in their public statements.

"For the purpose of safeguarding racial and religious harmony, G25 proposes the enactment of a law to be called the 'Racial and Religious Harmony Act' that makes it an offence to incite racial or religious hatred," said the group.

On Wednesday (Nov 30), Tuanku Muhriz Ibni Almarhum Tuanku Munawir, the chairman of the Conference of Rulers, reminded all leaders to put an end to religious and racial extremism in the spirit of togetherness.

In his opening speech on the second day of the 260th Meeting of the Conference of Rulers, the Negri Sembilan Yang di-Pertuan Besar said the new government had to take the opportunity to propel the country to greater heights by uniting all Malaysians, regardless of race and religion.

G25 also applauded their Royal Highnesses the Malay Rulers for expressing their views and calling on politicians not to use race and religion to create fear and anxiety among the people.

"Our Rulers are heads of Islam in their respective states. It is therefore timely and most encouraging that they, in the recent Rulers' Conference, called for hate speech to stop before it goes out of control," said the group.

"We hope and pray that more Malaysians will condemn racism and bigotry and encourage the Prime Minister and our new unity government to introduce new laws and enforce the present legislature to fight racism and bigotry more effectively.

"This is essential for our survival and progress as a successful nation," he said. 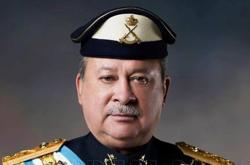