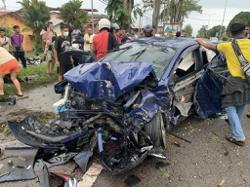 MERSING: A mechanic was killed after the hearse van he was driving hit a road divider and plunged into a seven-metre deep ravine at KM16 of Jalan Jemaluang-Mersing here on Wednesday (Nov 30).

Mersing district police chief Supt Cyril Edward Nuing said police were alerted to the accident at about 9.15am.

He said the victim, Wan Mohd Nasyarudin Wan Ismaon, 38, was believed to be travelling in the direction of Johor Bahru-Mersing when the van went out of control and crashed through the divider before ending up in the ravine in front of the Mersing Industrial Training Institute.

"The victim was pronounced dead at the scene by a medical team and his body was taken to the Mersing Hospital Forensic Unit for a post-mortem," he said in a statement.

Cyril Edward said the case was being investigated under Section 41 (1) of the Road Transport Act 1987.

It is learnt that Wan Mohd Nasyaruddin was known for his part-time service of driving a private hearse to help the people of Endau here. - Bernama 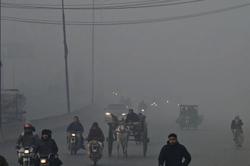