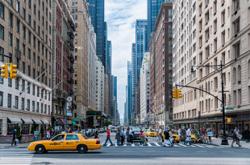 KOTA KINABALU: The 4G coverage in populated areas in Sabah until the first quarter of 2022 increased to 88.06%, from 73.41% in the second quarter of 2020 prior to the implementation of the National Digital Network Plan (Jendela), the Sabah state assembly was told Tuesday (Nov 29).

Sabah Assistant Science, Technology and Innovation Minister Datuk Seri Dr Ruddy Awah said for the construction of towers, 154 of the 611 that were planned had been built until the third quarter of this year, while 3,810 towers had been upgraded to 4G services out of the planned 3,984 towers.

"For the fixed line broadband service expansion initiative, a total of 134,116 out of 251,165 premises have been provided with gigabit speed fiber optic connections.

"The government is also implementing 138 satellite broadband projects that are scheduled to be fully operational by April 2022 to ensure fast and smooth internet access in the rural and interior areas," he said in response to an oral question from Jannie Lasimbang (DAP-Kapayan) on the upgrading of telecommunications services in the state.

Ruddy said the implementation of projects under Phase 1 of JENDELA which started in September 2020 was expected to be completed in stages by the end of this year.

He said satellite technology internet facilities or Very Small Aperture Terminal (VSAT) were also installed by the ministry at 24 locations under the Jendela programme.

He said the Communications and Multimedia Ministry had also approved the installation of 300 VSAT networks next year, adding that this proved the close relationship between the state and federal ministries in ensuring internet connectivity, including strengthening Sabah's digital infrastructure.

Meanwhile, the State Minister of Special Functions and Coordination, Datuk Mohd Arifin Mohd Arif said the government had allocated a total of RM248,289,780.48 involving 1,969 projects to improve the quality of school infrastructure in the state since 2020.

The state government, he said, was aware that there were still schools in need of maintenance and repair in Sabah.

"However, the State Education Department is unable to provide the allocation for all the 1,297 schools and is strategising and planning maintenance work priorities," he said in response to an oral question from Datuk Anwar Ayuub (PN-Liawan) on efforts to improve the quality of school infrastructure in the state. - Bernama