IPOH: A backhoe driver was killed in a landslide at Blue Valley in Kampung Raja, Cameron Highlands.

Pahang Fire and Rescue Department deputy director (Operations) Ismail Abdul Ghani said they received a call alerting them about the incident which involved the 37-year-old victim at 12.54pm yesterday.

“We immediately sent firemen from the Cameron Highlands fire station along with two fire engines to the scene,” he said in a statement yesterday, Bernama reported.

He said upon arrival, they found that a landslide had occurred in the area.

The backhoe driver was carrying out earthworks at the time.

“The victim’s body was removed by firefighters before being handed over to the police,” Ismail said. 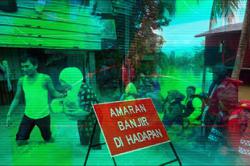