PETALING JAYA: Datuk Seri Ismail Sabri Yaakob says he was at a country club in Petaling Jaya for a farewell gathering of former staff from the Prime Minister's Department on Friday (Nov 25).

The former prime minister strongly denied talk that he was at the club for a closed-door meeting between Barisan Nasional and PAS leaders, Sinar Harian reported.

Ismail, an Umno vice-president, said he was only meeting friends for a farewell ceremony.

“These (rumours) are malicious slander intended to tarnish my name. Nowadays, I can’t even meet my friends,” he was quoted as saying by online news portal Malaysiakini.

Ismail added that it was unfair that he was labelled a “traitor” by certain quarters for meeting PAS leaders, yet BN leaders who met their Pakatan Harapan counterparts earlier this week were branded “heroes”.

Earlier, Dr Wee said, in a Facebook post, that he had been at the club after receiving an invitation from two entrepreneurs.

"It was to have dim sum for brunch at a restaurant located in the country club.

"When I arrived, I ran into former prime minister Datuk Seri Ismail Sabri Yaakob who was at the cafe next to the restaurant.

"I greeted him before my friends arrived. When they (my friends) arrived, I went straight to the mentioned restaurant for brunch," he said, adding that he was hurt by the slanderous accusations.

"Right now, because they want to support other people to form a government and appoint someone to be Prime Minister, Umno leaders are slandering each other and dividing the party," he said. 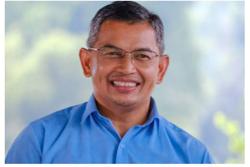