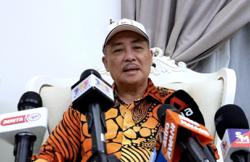 KOTA KINABALU: Sabah will be focusing on expanding marine and land protected areas as part of its efforts to boost green sustainability under the state’s Budget 2023.

Chief Minister Datuk Seri Hajiji Noor said efforts to gazette the expansion of marine protected areas, including the ones at Pulau Mengalum and Pulau Ligitan, would begin next year.

While on land, he pointed out that the state would gazette the former Mamut copper mining area in Ranau, the Long Pasia Highland in south-western Sipitang district, as well as the forest areas along the Keningau-Kimanis road in Papar.The Sabah Environmental Protection would receive RM6.92mil, while the Wildlife Department would receive RM26.41mil to conduct conservation projects such as operations, enforcement activities, and the implementation of wildlife awareness and protection programmes, in addition to managing human-wildlife conflict mitigation.

“New initiatives have been introduced such as the establishment of the Rapid Response Team, active approaches in increasing the habitat of elephants in Tawau, and the collaboration between the state government and the Malaysian Palm Oil Council Green Foundation (MPOCGF) to monitor wildlife population and also to protect the endangered species,” he said.

Hajiji said a total of RM118.88mil had been allocated for the Sabah Forestry Department and the Sabah Biodiversity Centre, which also contribute to the development of the nature-based tourism sector.

Hajiji stated that the Sabah Biodiversity Centre would continue with its current projects, such as the Sabah Atlas Biodiversity Development Programme, the nomination of Sukau-Kinabatangan as a Unesco Reserve Biodiversity Site, and the Study on the Development Roadmap of Sabah State’s Biotechnology in 2023. 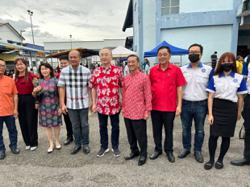