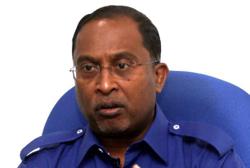 The Barisan supreme council, he said, would consider and finalise any proposals and motions submitted in accordance with the coalition’s rules and constitution.

“The head office advises all parties to continue to preserve the solidarity and spirit of consensus that has long been built in Barisan to ensure well-being and harmony as well as tolerance among member parties and Barisan affiliated parties.

“Barisan adheres to the principle of mutual respect in dealing with any issue faced.

“Therefore, manners in expressing and issuing any statement should be maintained as best as possible so as not to cause misunderstanding.

“This includes matters discussed in the Barisan supreme council meeting,” he said in a statement yesterday.

He also said Ahmad Zahid’s move to send a letter to the King stating that all 30 Barisan MPs were backing Pakatan Harapan chairman Datuk Seri Anwar Ibrahim as prime minister had contradicted the resolution of the coalition’s supreme council.

Chong maintained that Ahmad Zahid was no longer fit to continue leading the coalition and that Umno deputy president Datuk Seri Mohamad Hasan should replace him.