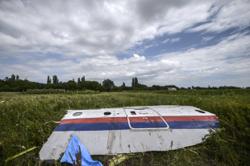 PETALING JAYA: Malaysia hopes the verdict of the Dutch court on the downing of Malaysia Airlines Flight MH17 will give some relief and peace to the families and next of kin of the 298 victims.

In a statement on Friday (Nov 18), the Prime Minister's Office said the government supports the decision of The Hague District Court on Thursday (Nov 17).

Dutch judges had convicted three accused – Igor Girkin, Sergey Dubinsky and Leonid Kharchenko – in absentia of murder for their role in the shooting down of MH17.

It handed them life sentences and acquitted one other, Oleg Pulatov, as there was no strong evidence to convict him.

"The decision of this criminal case in the Netherlands has become an important benchmark in the effort to find the truth and uphold justice for all 298 victims including 43 Malaysians who died in the tragedy as well as for all the victims' relatives.

"Malaysia has always maintained that the trial must be based on truth, justice and full of responsibility.

ALSO READ: 'Hunt them down': MH17 families hope for justice

"Malaysia is also satisfied with the reliable and transparent judicial process implemented in the Dutch legal system, based on the rule of law in order to obtain long-awaited justice," said the statement.

Malaysia also expressed its deepest appreciation to the members of the Joint Investigation Team (JIT) consisting of the Netherlands, Australia, Belgium and Ukraine who worked together on the international criminal investigation into the MH17 tragedy.

"Malaysia once again wishes to express its sympathy and condolences to the families and relatives of the victims of the MH17 tragedy.

"Although nothing can bring them back nor reduce the grief and suffering experienced by the families and loved ones, it is hoped the court's decision today will to some extent give some relief and peace to the families and next of kin of the victims," it added.

'Hunt them down': MH17 families hope for justice 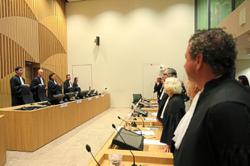