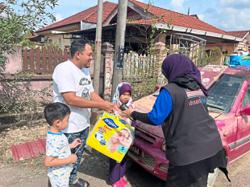 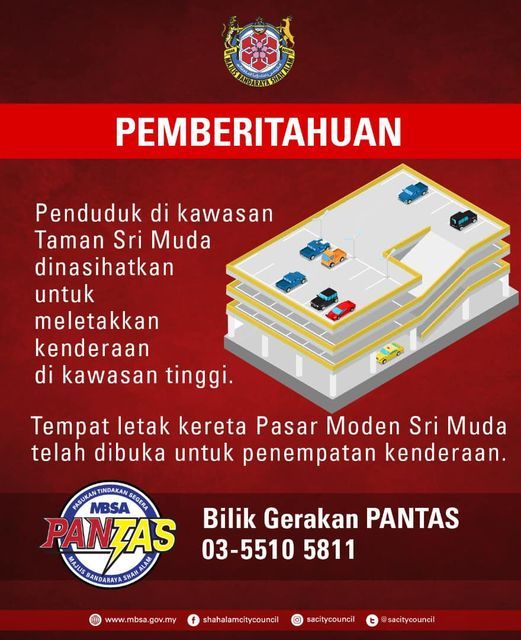 The notice was issued at 7.36pm in anticipation of the rain continuing into the night and was also disseminated to residents through various channels.

The Malaysian Meteorological Department's weather report at 5pm stated that rain clouds will continue to cover most parts of the peninsula, especially on the east coast.

"The situation can continue as rain clouds from the South China Sea are heading towards the east coast of the peninsula which can also cause rainfall to continue in affected areas in the peninsula.

"Rainfall which began earlier Tuesday in some parts of the peninsula and East Malaysia could continue well into the night."

Flash floods have struck several areas in Shah Alam following the non-stop rain that began at 3pm on Tuesday.

Rising water levels were reported in several areas with water entering a number of landed properties in Taman Sri Muda and Kota Kemuning.

The Kuala Lumpur Fire and Rescue Department said drivers and passengers from two vehicles, which were stranded in knee-high water along Jalan Chan Sow Lin, were successfully rescued and that the road had been closed to traffic.

Are floods the new normal in Malaysia? Here are 10 tips to prepare for it