PETALING JAYA: Incumbent Padang Besar MP Datuk Zahidi Zainul Abidin (pic) will be defending his seat in the 15th General Election (GE15), but this time as an independent.

He will be up against four other contenders, including Barisan’s Datuk Zarida Zarik Khan, who is also Puteri Umno chief.

Zahidi, who is a deputy minister, had prior to this contested and won the state seat of Beseri in the 1999 and 2004 polls. 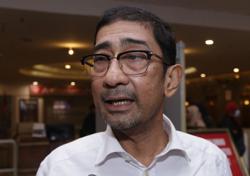