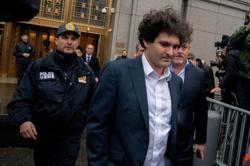 "I am still qualified to be an election candidate during nomination day and polling day until there is an order from the court and all appeals have been completed on my pending bankruptcy.

"The insistence by Kok that the EC disapproves nomination as a candidate for the Sungai Besar parliamentary seat due to her allegation that I have bankruptcy proceedings was done in bad faith.

"As long as there is no bankruptcy order from the courts on me, I am qualified to run in the polls.

"I am presently in the process of appealing against the judgement of the High Court which was in favour of Kok and I believe my appeal has merit.

"The management of the first case on the bankruptcy proceeding will only begin on Nov 30 which I will challenge this action to bankrupt me."

Jamal, who is the Sungai Besar Umno division chief, was responding to a statement by Kok earlier on Friday (Nov 4) that she had sent a letter to the EC chief commissioner Tan Sri Abdul Ghani Salleh recording her objection that Jamal was unfit to be a candidate.

"I had begun bankruptcy proceedings on Aug 30 against Jamal based on a Kuala Lumpur High Court judgement dated July 26.

"As of today, Jamal has yet to settle the judgement and my bankruptcy proceeding is still in process and there is a likelihood that he will be bankrupt due to the proceeding.

"Therefore, I object to the naming of Jamal as the Barisan candidate to contest in the GE15 and insist his candidacy is not approved by EC," said Kok in her statement.

In July, the Kuala Lumpur High Court awarded RM300,000 in damages to Kok, who won a defamation lawsuit against Jamal over alleged misuse of a Selangor state fund.

On Sept 18, Kok filed a bankruptcy notice against Jamal after he failed to settle RM300,000 in damages. 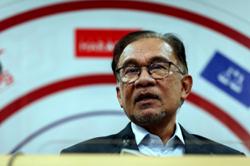 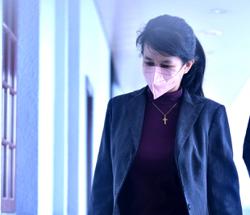