KEPALA BATAS: Almost 1,000 affordable housing units will be ready for residents in Seberang Prai to buy at prices as low as RM45,000.

This is the assurance of Prime Minister Datuk Seri Ismail Sabri Yaakob after he was briefed on the public housing situation in Penang.

Three major projects worth RM222mil have been planned for Bertam here to benefit thousands of people living in the northern region.

The projects are 700 units of the People’s Housing Programme (PPR) worth RM170mil, a mosque for 1,500 people, and a world-class youth centre for various activities.

Ismail Sabri, who announced the projects, said the initiative under Keluarga Malaysia aims to fulfil the needs of low-income families to own affordable homes.

“The housing projects will be built on an 8ha plot of land belonging to the Penang Regional Development Authority (Perda) in Pongsu Seribu.

“It means each unit is subsidised by RM161,000, and the total that will be borne by the government will be RM81.2mil,” Ismail Sabri said during the ground-breaking ceremony here yesterday.

The two other projects he mentioned are the construction of the Bandar Putra Bertam mosque and the Kepala Batas Youth Centre (KBYC).

“The mosque, costing RM7mil would occupy 2ha of land and accommodate up to 1,500 people.

“Through a cost-sharing method, the Federal Government would bear RM4mil while RM2mil is allocated from the state and RM1mil by donors through the mosque.

“As for the youth centre, which would cost RM45mil, it would occupy 10ha of land and include an administration office, dormitories, soccer fields, an esports hall, a gymnasium, a music room, a skatepark, a cafeteria and a jogging track.

“It would serve as a world-class sports facility and a one-stop centre for youth activities in the northern region,” he added.

Ismail Sabri urged the people to continue their support for the Federal Government to continue enjoying such development, which has not been neglected despite Penang being an opposition state.

“As we have never neglected the state and continued to provide, it would be good to continue voting for my party,” he said.

“Reezal Merican has been hardworking and has excelled as an MP and minister, with so many projects organised and policies introduced for the benefit of the people,” the Prime Minister said.

“Since he (Reezal) has performed and excelled, we should retain him,” Ismail Sabri said giving the assurance that Reezal would be reappointed to a ministerial post if he himself became prime minister again.

The ceremony, which saw over 1,000 people present, also saw five motorcycles and other prizes given out in a lucky draw session. 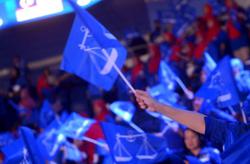 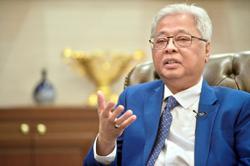