KUALA LUMPUR: The plan to hold an exhibition on Tugu Negara to mark the 60th year of relations between Austria and Malaysia has received a boost from the Tourism, Arts and Culture Ministry.

Austrian Ambassador to Malaysia Andreas Launer, who met with minister Datuk Seri Nancy Shukri yesterday, said the latter had given her backing.

“The minister was very positive about this project and mentioned that this exhibition is not only important for the embassy but also for Malaysia and she expressed interest in creating a high-quality exhibition together.

“She has offered the ministry’s full support. This is really a good start,” he said after the meeting held at the Sultan Abdul Samad heritage building here.

The exhibition will focus on telling the story of how the symbolic memorial was created by Austrian sculptor Felix de Weldon, who shared a unique friendship with Malaysia’s first prime minister Tunku Abdul Rahman Putra Al-Haj.

The exhibition is scheduled to open on Nov 30 at the Tunku Abdul Rahman Putra Memorial in Kuala Lumpur.

Launer said Nancy suggested creating a common preparatory committee consisting of key staff from the ministry, National Archives and the embassy so that preparations for the exhibition could begin immediately.

“We are honoured that the minister also sees this exhibition as an important contribution and we are very happy to proceed in this spirit,” he said.

Launer had earlier said that the exhibition was important to shed light on an otherwise unknown nexus between Austria and Malaysia, which was Tunku and de Weldon’s friendship stemming from the Tugu Negara project.

Tunku got the idea for the Tugu Negara during a visit to Virginia in the United States back in 1960, when he went to the Iwo Jima Memorial created by de Weldon which stands as a symbol of one of the most historic battles of World War II fought by the US Marines.

Tunku was moved by the monument and personally met de Weldon to express his wish for a similar monument in Malaysia, to honour those who died defending the country as national heroes.

This was the beginning of an extraordinary relationship between Tunku and de Weldon, who was conferred the title Tan Sri for his efforts and dedicated work.

The 15m-tall sculpture consists of seven soldier figures and was built to commemorate the more than 11,000 warriors who died in World War I, World War II and the Malayan Emergency. It was unveiled to the public on Feb 8, 1966.The exhibition will pay homage to the little-known facets of the connection between Malaysia and Austria. 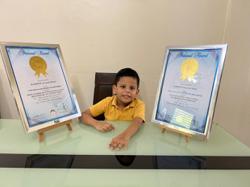