Budget 2023 not redundant even if it does not make it through Parliament, says Tengku Zafrul 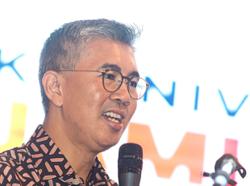 KUALA LUMPUR: It will not be redundant if Budget 2023 does not make it through Parliament, says Tengku Datuk Seri Tengku Zafrul Abdul Aziz.

"If we look at the budget, it is also focusing on what will be the future direction of our country.

"In the economic report, it talks about where we are today and where we are going to be in terms of our Gross Domestic Product (GDP)," the Finance Minister told reporters in Parliament after tabling Budget 2023 on Friday (Oct 7).

He said that the budget was also focusing on lowering the nation's deficit from 5.8% to 5.5% next year.

He noted that there was a precedent where the federal budget was not passed after it was tabled in Parliament.

"In terms of what will happen, it has happened before in 1999.

"If you refer to what happened then, the budget was presented and there was a dissolution.

"The budget was then presented again," he said.

In 1999, the then Barisan Nasional government tabled the budget in late October but it was not passed when Parliament was dissolved the following month.

The budget was retabled in February the following year.

Tengku Zafrul was asked whether it would have been redundant to table the budget if Parliament was dissolved before it could be passed.

The federal budget is expected to pass in about three weeks time before the end of the current Parliament meeting.

The Dewan Rakyat meeting is scheduled to end on Nov 29 while Dewan Negara will meet between Nov 21 until Dec 7.

Asked on whether the current budget would be passed before Parliament is dissolved, Tengku Zafrul said that the question should be directed to the Prime Minister.

Budget 2023: Infrastructure projects get a boost with RM16.5bil allocation for transport sector 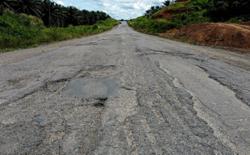