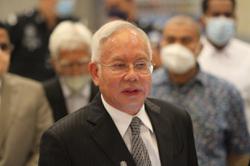 KOTA KINABALU: Two people have been detained by the Malaysian Anti-Corruption Commission (MACC) on Thursday (Oct 6) for allegedly forging documents to obtain a contract to run a school canteen in Sandakan.

The suspects, a man in his 40s, who is self-employed and a woman, in her 20s, who is a canteen operator, allegedly forged two documents between 2020 and 2021 to obtain the contract.

This led them to getting the school canteen tender involving a contract value of RM30,000.

Both suspects were apprehended at the Sandakan MACC office at around 9.40am when they were summoned to give their statements in relation to the case.

He said the case would be investigated under Section 471 of the Penal Code for using forged documents and Section 109 of the same Act for abetment of crime.

“Both suspects will be charged at a special corruption court soon,” he said.