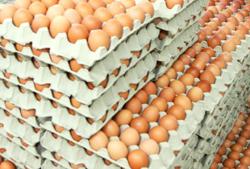 KUALA LUMPUR: Recommendations to overcome the shortage of certain grades of eggs will be brought to the Cabinet meeting on Friday (Oct 7), says Tan Sri Annuar Musa.

The Special Task Force On Jihad Against Inflation chairman said only eggs that were subject to price controls were experiencing a shortage in the market due to government subsidies allegedly not being attractive enough for producers.

"The grade A, B and C eggs are subjected to price controls to prevent prices from going up too high and the government intervenes to provide subsidies of 3 sen continuously. The government has to pay RM34mil per month to subsidise those eggs.

"Producers and distributors claim the 3 sen subsidy was not attractive enough because their costs are higher, so they produce more eggs that are not subjected to price controls (Omega-grade and other grades)," he told a press conference Thursday (Oct 6).

Annuar, who is also Communications and Multimedia Minister, said the recommendation given at Thursday's committee meeting was to revise the amount of subsidy for grades A, B and C.

"Since this is beyond the scope that can be approved by the committee, this matter will be brought to Cabinet tomorrow because any increase (in subsidy) will have implications on the government's finances," he said.

On the supply of cooking oil, he said the committee will propose to the Cabinet meeting to obtain approval for an additional supply of 5,000 metric tonnes of cooking oil.

He said this allows the additional supply of subsidised oil in plastic packets to balance the existing supply of 60,000 metric tonnes and further ensure that the supply reaches certain platfroms, including the Keluarga Malaysia Jualan Murah (JMKM) programme.

Meanwhile, Annuar said JMKM was being implemented at 585 premises nationwide, the most since it was launched, which represents 92% of the targeted number of premises set for the programme.

Commenting on JMKM @ DE Dagang by the Malaysian Digital Economy Corporation (MDEC) from Sept 19 to 25, he said an estimated 15 million people have benefitted from the programme in the form of discounts, rebates and delivery subsidies for goods purchased online. 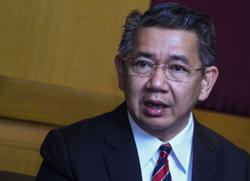