"The raids were conducted following complaints lodged by the public in the official Facebook of the Johor police," he said in a statement.

He said the suspects were detained in the premises with equipment believed to be used for online gambling and unlicensed public lottery.

"The seized items are five mobile phones, a WiFi modem and RM1,155 cash," said Supt Mohd Sohaimi, adding the suspects did not have previous criminal records.

The case is being investigated under Section 4(1)(c) and Section 4A (a) of the Common Gaming Houses Act 1953. 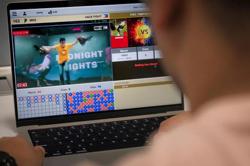