Ministers in the Prime Minister's Department Datuk Seri Dr Maximus Ongkili (Sabah and Sarawak Affairs) (right) and Datuk Seri Dr Wan Junaidi Tuanku Jaafar (Parliament and Law) (second right) chatting with some of the MPs from the Borneo states after a special briefing on the proposal to increase the number of parliamentary seats on Tuesday.

KOTA KINABALU: Members of Parliament (MPs) from Sabah and Sarawak support the formation of a Borneo caucus to cooperate politically, in order to have a single voice to strengthen Malaysia Agreement 1963 (MA63) claims.

The platform would also be useful to voice who Borneo states MPs would support as the next prime minister, said Minister in the Prime Minister's Department (Sabah and Sarawak Affairs) Datuk Seri Dr Maximus Ongkili in a statement.

He said this was among the issues raised during a special briefing for the Bornean states MPs on the seat increase proposal, held on the sidelines of the Parliament sitting in Kuala Lumpur on Tuesday (Oct 4).

"The Sabah and Sarawak MPs fully supported the idea that we should have a common voice to safeguard and to implement the tenets and cornerstones of MA63 and a say on who should be the next prime minister," he said.

The attending MPs also touched on the possibility of institutionalising the Sabah and Sarawak Affairs Division to offer a permanent framework to implement all its work, as well as the formation of a Parliamentary Select Committee to pursue the recommendations of the Special Council on MA63 (MKMA63) that have been fully agreed by the Cabinet and Prime Minister Datuk Seri Ismail Sabri Yaakob.

In relation to the proposal to return the 35% seat allocation to the Borneo states, Minister in the Prime Minister's Department (Parliament and Law) Datuk Seri Dr Wan Junaidi Tuanku Jaafar, who was present, briefed the MPs on the legal perspective and the way forward in the call to increase the parliamentary seats for Sabah and Sarawak, as well as on several related issues.

Ongkili described the session as an interactive one, expressing satisfaction with the feedback received from the MPs, which came from both the government and opposition bloc.

"The issues raised are of public interest and are close to our hearts.

"This is the beginning and a history in the making ... MPs from Borneo want to make a difference on the direction and focus on Malaysian national politics.

"The next step will be to formalise political cooperation and potential working relationships among the Borneo parties," he said. 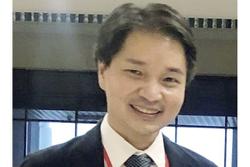