KUALA LUMPUR: The High Court here heard that Tanore Finance Corp had wanted to hand over another US$800mil as a donation to former prime minister Datuk Seri Najib Razak in 2013.

During the proceedings here on Monday (Oct 3), lawyer Wan Aizuddin Wan Mohammed read out another letter from the former governor of Madinah Province, Saud Abdulaziz Majid Al Saud, which was addressed to Najib in March 2013.

According to the letter, he said Saud had gifted another US$800mil to Najib which shall be remitted "at such times and such manners" as he deemed fit either directly from his personal account or through an entity such as Tanore Finance Corp.

The donation was in recognition of the work Najib had done to govern Malaysia in line with Islamic principles and his Global Movement of the Moderates to deal with terrorism and extremists groups.

Saud also said in the letter that Najib has the absolute discretion as to how the donation should be utilised.

However, when asked if he had seen the letter, Yap said he could not recall but there was a possibility that he could have seen it from Najib's AmBank relationship manager Joanna Yu.

The hearing continues this afternoon before Justice Collin Lawrence Sequerah. 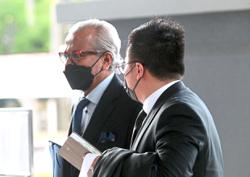 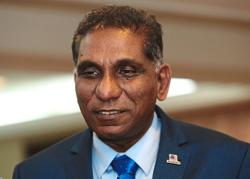