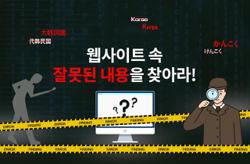 IPOH: The owner of the porphyritic granite site at Gunung Bujang Melaka, Kampar is not ready to open his land to the public, says Datuk Nolee Ashilin Mohammed Radzi.

She said that this is because the owner of the land is worried about safety at the site.

“During our recent meeting with the owner, he expressed concerns about the facilities and worried that it might not be able to handle a large number of visitors,” said the state tourism and local government committee chairman.

“He built the facilities to be used by his own family and friends only,” she said to reporters at a hotel here.

On Aug 4, a 21-second video of the site went viral with many people expressing their interests in visiting the place.

Nolee Ashilin said apart from the facilities at the premises, the entrance to the place is also not safe.

“There are three large tanks belonging to the Perak Water Board near its entrance and the condition of the road is also not suitable to be used,” she said.

“I went to the site with the Mineral and Geoscience Department (JMG) and can confirm that the facilities are unsuitable for a large number of visitors,” added Nolee Ashilin.

She said that the department will be conducting some research as it is believed that it might be one of the biggest porphyritic granite sites in the country.

“Since the area is private land, the state has no power to force the land owner to open the place to the public,” she added.

Separately, Nolee said the state government hopes that Perak can opt for a cashless parking system within two years.

“Initially, we wanted all our local government areas to use the Park@Perak mobile app by this year. However, we received feedback that it might not be suitable for certain rural areas,” she said.

She said there are places like Gopeng that use both the mobile app and cash system, while some places in Selama still use the ticketing system.

“The app can be used in all areas but not all are ready to use them fully,” she added.

On Sept 22, the Ipoh City Council announced that a cashless parking system will be on trial for three months at the Ipoh Urban Transformation Centre (UTC) and the chicken market starting this month. 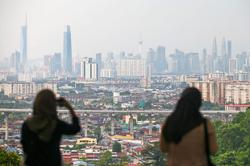