GEORGE TOWN: He has seen it all, from chauffeuring famous world leaders, helping to carry a baby to another train and even running a train to send corpses down Penang Hill.

“I welcomed Queen Elizabeth II when she visited the hill in 1972.

“The security was very tight. She was a beauty indeed.”

Pomp and ceremony aside, Ang had the drama of helping a woman give birth on the train.

“After welcoming the baby into the world, I wrapped the baby in newspaper because that was all I had. I carried the baby while the husband helped his weakened wife to the other train,” he reminisced.

(Back in the day, Penang Hill’s trains only travelled midway. At the middle station, passengers had to change trains to finish their journey.)

He even once got a call from a Penang Hill resident whose pregnant wife suddenly went into labour at midnight.

“We rushed up on our train and when we got there, the baby was born. We carried the mother and baby down, with the umbilical cord still attached,” he said, adding that the ambulance was waiting when they got to the lower station.

Then there were the sad moments.

“When someone passed away, we had to bring the corpse down,” he recounted, expressing sadness that it happened a few times during his 33 years and eight months working at the railway from 1955 to 1988.

This meant he was the station master when the funicular train’s cabin was made of wood – the first-generation train.

“My father, the late Ang Iok Hun – was the first station master,” he said. After his retirement, Ang said he volunteered at a church and was a marriage tribunal officer until the Covid-19 pandemic hit. 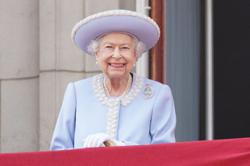