KOTA KINABALU: The Home Ministry is looking at creating a platform to tackle cyberbullying after Malaysia ranked the sixth worst country in the world on the issue.

Home Minister Datuk Seri Hamzah Zainuddin said that the platform could act as a point to help people being bullied and take action against cyberbullies.

Hamzah said that the platform idea was still under consideration and study.

Speaking to reporters after a town hall session in conjunction with the Home Ministry's Kita Demi Rakyat programme here Sunday (Oct 2), Hamzah said that cyberbullying was not just among adults but also affecting primary, secondary and university students.

He said among the topics touched on in these cases were 178 racial, 328 religious and 357 against the Institution of Royalty which was dubbed 3Rs.

Under the world cyberbullying ranking, India was top, followed by Brazil and the United States, he said, adding that in Asia, Malaysia was second after India.

"We accept it. maybe other countries are not reporting the cases. (But) we are high in terms of cyberbullying reports.

"Cyberbullying causes trauma and stress to people. We understand the issue and we will focus on tackling it," he said.

He said that the government would push greater awareness on the five pillars of the nation under the Rukun Negara.

He said re-instilling and getting people to practise Rukun Negara in their daily lives would help overcome many issues that were appearing in cyber cases.

He said Rukun Negara came about after the security issues that erupted in the 1969 riots due to the misunderstanding between the races.

"We have re-instil Rukun Negara not only for people to know but to practise it," he added.

Hamzah during the town hall also talked of various security threats, many of which were coming into Malaysia from abroad via the Internet among others.

Among other security threats, he identified were terrorism, radicalism, cross-border crimes, floods, infectious diseases and drugs. 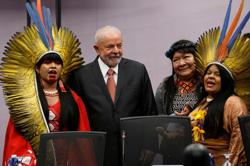 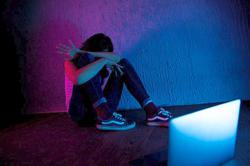